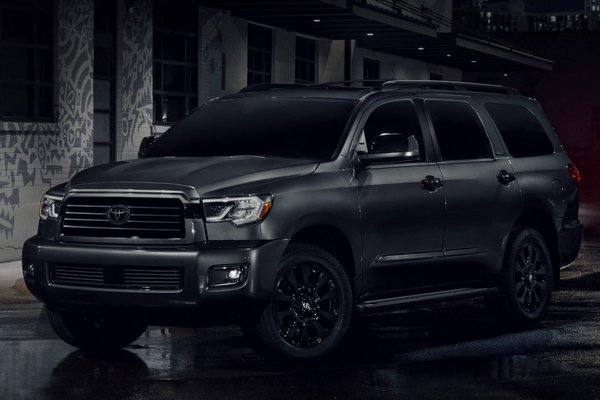 The new Sequoia Nightshade edition is an appearance package based on the Limited trim level.

Named for California's massive, majestic redwood trees, the Toyota Sequoia has always been about family adventure. With its robust body-on-frame construction, four-wheel independent suspension, generous ground clearance and 381-horsepower 5.7-liter i-FORCE V8 engine, the Sequoia is one of the most capable full-size SUVs on the market. With seating for up to eight (seven in TRD Sport, TRD Pro and Platinum and new Nightshade Special edition), the Toyota Sequoia makes a solid candidate for the ultimate family...Read.