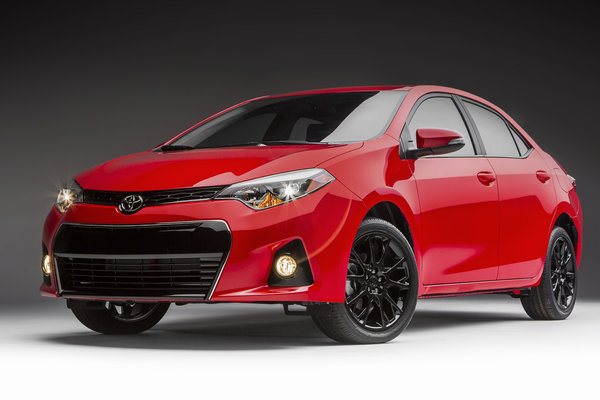 The Corolla is one of Toyota's longest running models, dating back to the late 1960's. Over the years, it has built a reputation as a reliable compact sedan. In today's crowded compact segment, the Corolla has the size of larger models like the Chevrolet Cruze or Honda Civic, but is priced lower than some of these models. Four trim levels are offered ranging from the entry-level L to the range topping S. The base model includes A/C, power windows and locks, but excludes cruise control and alloy wheels which are included in the higher LE and S trim levels. All Corolla models equip a 1.8l four-cylinder engine. A new LE Eco model adds variable valve timing increasing both horsepower and fuel economy. Most models equip a CVT transmission, but the entry-level model retains a four-speed automatic. Fuel economy ranges from 27/36 (city/highway) to 30/42 for the Eco model.