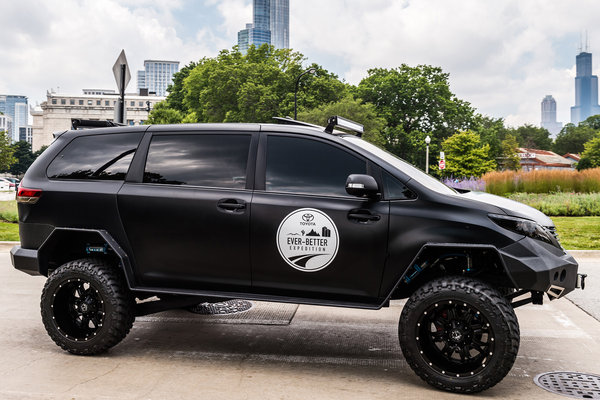 The Toyota Ultimate Utility Vehicle-teased to the press in June when it began its journey on the Ever-Better Expedition-has made its long-awaited debut at Toyota's 2015 Specialty Equipment Market Association (SEMA) Show booth. The one-of-a-kind concept vehicle, which takes the spacious body of a Toyota Sienna minivan and mates it to a rugged Toyota Tacoma 4×4 frame, will serve as the command center for the North American leg of the expedition, a convoy of nine Toyota...Read.