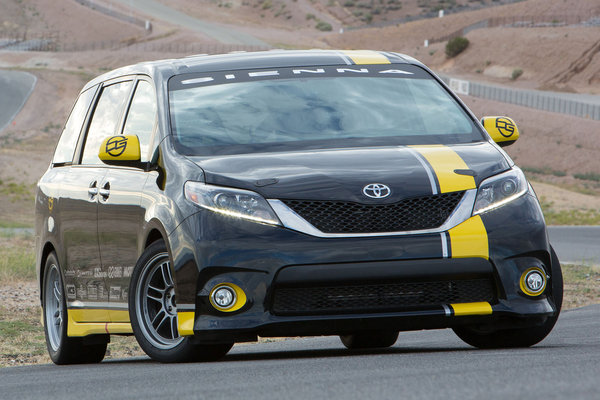 Why turn a Sienna minivan-the least likely product in the Toyota lineup-into a performance vehicle? It's one thing to make an LFA supercar go fast around a racetrack. People expect that. But no one sees a Sienna coming. People's perception of just how much fun you can have driving a family hauler will change dramatically when they see the Toyota Sienna R-Tuned concept, which made its debut today at Toyota's 2015 Specialty Equipment Market Association (SEMA)...Read.