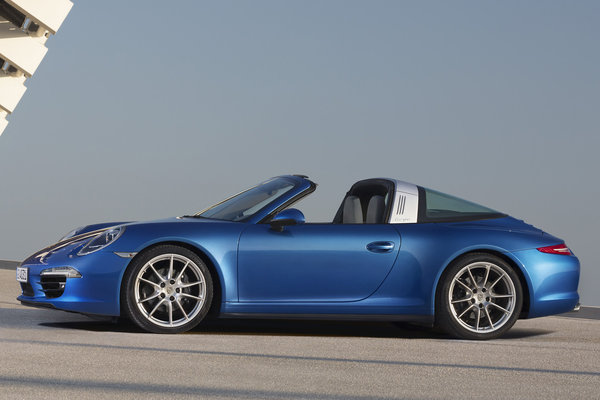 Porsche's iconic 911 variant returns for the 2014 model year. Unlike the prior generation, the new Targa roof is an automated convertible top that fully opens the roof between the a- and b-pillars. Compared to the prior model, the 911 has grown slightly in size adding 1-2 inches in wheelbase and track. The 911 Targa is only offered in all-wheel-drive "4" models with either a 3.4l horizontal six or larger 3.8l horizontal six (4S). Pricing starts at over $100,000.

At the North American International Auto Show (NAIAS) in Detroit, Porsche is introducing two new models to the 911 range: the 911 Targa 4 and 911 Targa 4S. These models are the first to combine the classic Targa concept with cutting edge, innovative roof technology. Just like the legendary original 911 Targa of 1965, the new models feature the distinctive Targa roof bar, a movable front roof section, and a wraparound rear window. But unlike the...Read.