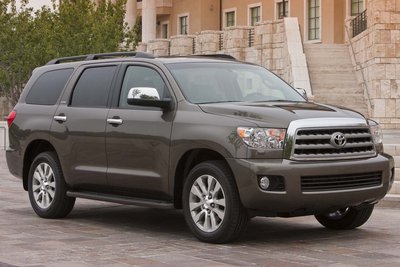 The 4.6l V8 has been discontinued. All models will be powered by the 5.7l V8. The Sequoia adds an optional Blu-Ray rear seat entertainment system.