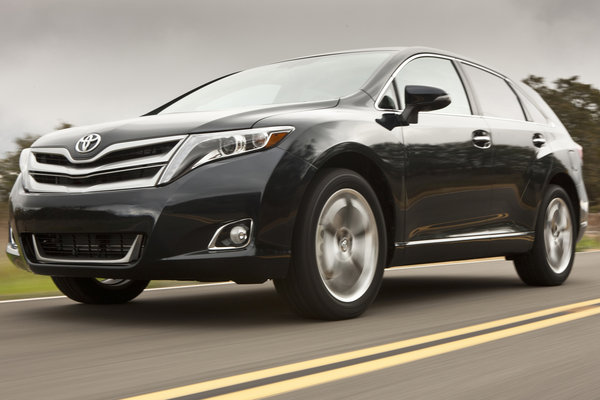 The Toyota Venza is a Camry-based 5-passenger crossover. Although it is arguably a Camry station wagon, the Venza offers optional AWD and a five-inch taller profile to appeal to the SUV crowd. The inside features front bucket seats, a pronounced center console and a 60/40 split rear seat to expand the cargo area. Toyota offers the Venza with a choice of four-cylinder and six-cylinder engines each mated to a standard six-speed automatic. The Venza is offered in three trim levels: LE, XLE and Limited. There are few direct competitors, but the Venza has a price advantage over similarly sized wagons offered by Acura and Audi.

The 2013 Venza wears minor styling changes to the front end. The most visible difference is a three bar grille and new fog lights with a chrome surround. The 2013 carries forward the LE, XLE and Limited trim levels introduced on the 2012 model.