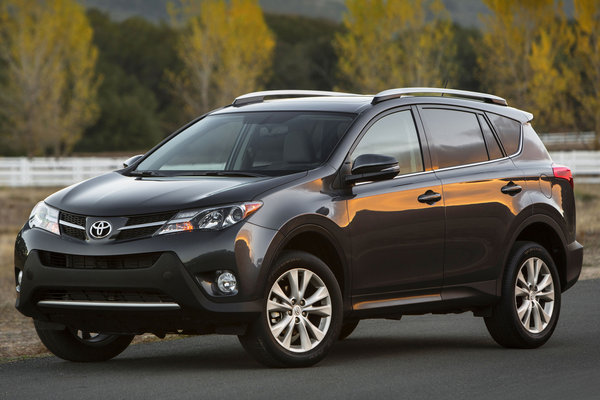 The Toyota RAV4 was one of the first compact SUVs on the market. Over time, it has grown considerably. Redesigned for 2013, the RAV4 is now exclusively a five-passenger model powered by a fuel-efficient 2.5L four-cylinder engine. The RAV4 is offered in three trim levels: LE, XLE and Limited.

The Toyota RAV4 is all-new for 2013. The new model has familiar lines with more aggressive exterior styling. The optional seven-passenger seating has been dropped and the new RAV4 is slightly shorter height and length than the prior model. The V6 has also been dropped and all RAV4 models will include a 2.5l four-cylinder engine and six-speed automatic transmission. The new model switches from a side-hinged rear door to a top-hinged hatch.