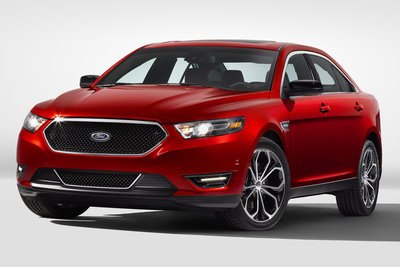 After twenty plus years on the market, the Taurus has clearly reached legendary status. The Taurus was once the best seller in its segment and remained a top seller for Ford even as Ford neglected the model for many years. In 2008, the underappreciated Ford Five Hundred was renamed Taurus setting the stage for the best Taurus in many years. The Taurus is a large sedan with plentiful legroom and headroom in the first and second rows. A 288-bhp V6 has sufficient power for quick acceleration with respectable fuel economy. The Taurus is FWD, but also offers AWD for increased traction. The latest model features a lengthy list of safety, technology and luxury features, many of which are standard equipment. The Taurus once again offers a high-performance SHO model. The Taurus SHO equips a 365-bhp turbocharged V6 for more power and AWD to put it to the road.

The Taurus receives a number of updates for 2013. The base 3.5l V6 engine adds variable camshaft timing which increases horsepower and fuel economy. A new optional 2.0l turbocharged four cylinder has 240-bhp and 270 lb-ft of torque. Styling changes include a new grille, hood and updated LED tail lamps.