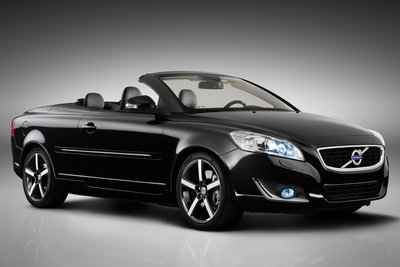 The innovative Volvo C70 was one of the first of a new breed of hardtop convertibles. The two-door, four-passenger C70 has a power-operated hardtop convertible roof that splits in to three pieces and stores out of sight under the rear deck lid. The hard top convertible allows for year round use and more security than a cloth roof. The current generation C70 was introduced in 2006, but has seen recent changes. The current model is powered by a unique five-cylinder turbo rated at 227-bhp. The C70 is front-wheel-drive. With prices starting at around $41,000, the C70 isn't inexpensive. Fortunately the C70 carries a level of standard equipment befitting a premium price.