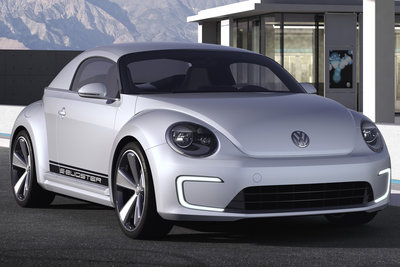 Volkswagen's iconic Beetle has been redefined for the 21st century. Now, it has been further reinvented as a concept car for the future: the pure electric E-Bugster. What's in a Name? The name "E-Bugster" is a combination of "E" for electric, "Bug," the American nickname for the Beetle, and "speedster," which typically describes an open-top two-seater. The E-Bugster concept sports the typical speedster profile of shallow windows and a dramatically cut-down windshield. Blue-e-motion for a Cleaner...Read.