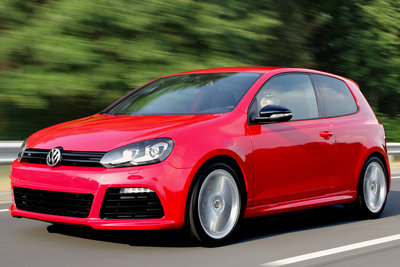 The all-wheel-drive R version of the Golf/GTI returns for the 2012 model year as the Golf R. The Golf R equips a more powerful version of the 2.0l four-cylinder rated at 256-bhp. All-wheel-drive and six-speed manual are standard equipment. Some trim levels of the GTI receive LED daytime running lights.