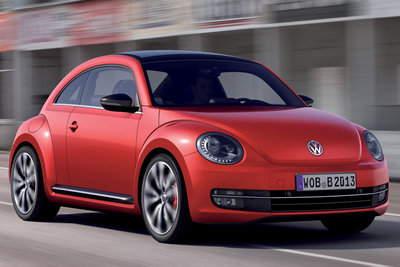 After a short hiatus the Beetle returned for the 2012 model year. Compared to its predecessor, the Beetle grew by some 7 inches in length, 1 inch in wheelbase and almost 4 inches in width. A range of engines will be offered worldwide.