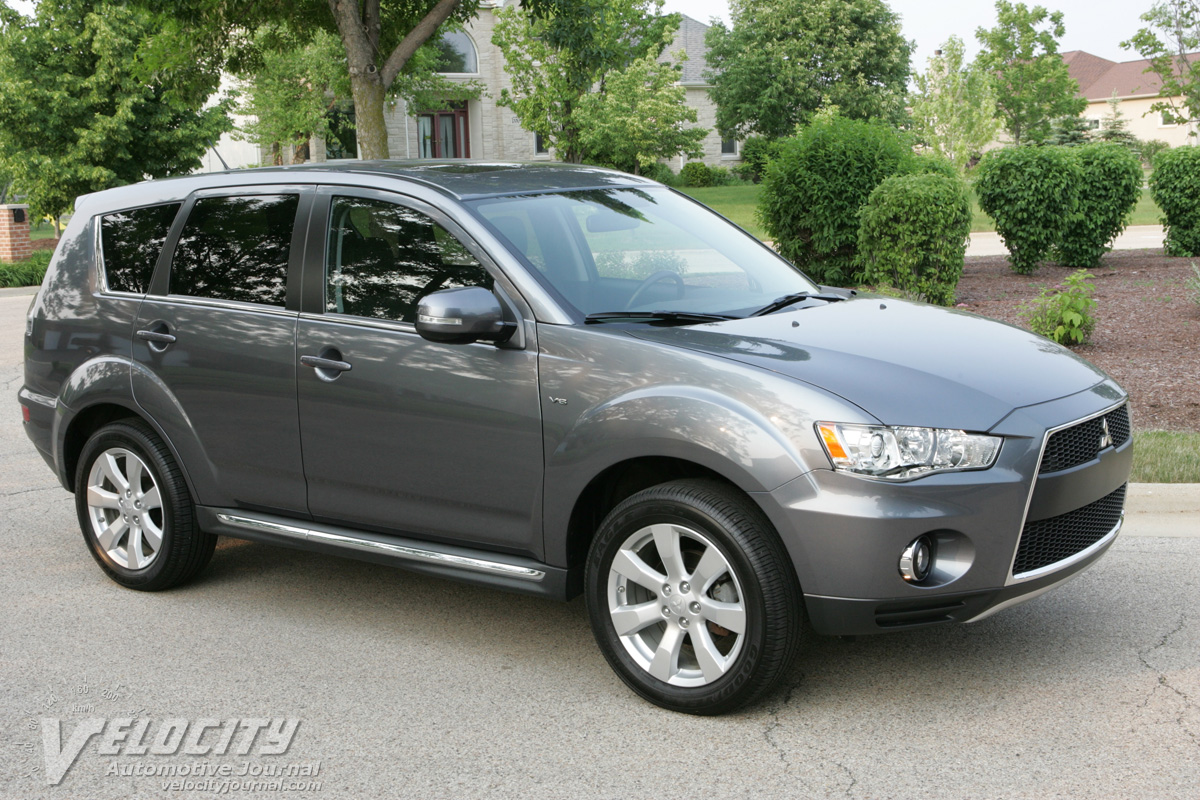 The Outlander is a smaller crossover SUV with optional seating for 7. Similar in size to the Toyota RAV4, the Outlander is also offered in front-wheel-drive and all-wheel-drive drivetrains with four-cylinder and V6 engines. The model range consists of the ES and SE models which are powered by a 2.4-liter four-cylinder engine and the GT which equips a 3.0l V6. Both engines are underpowered compared to other vehicles in the segment. Fuel efficiency in most configurations is competitive with the Toyota, but fall short of the class leaders. The interior is large and offers good legroom in the first two rows and exceptional cargo capacity. The optional third row seat (SE, GT) in the Outlander is a flat compact bench seat that seats two. Even though the seat is somewhat lacking for padding and comfort, it completely stows out of the way and doesn't rob the cargo area of any storage space. It's a good compromise for occasional use. From the SE trim level up, the Outlander is well-equipped and priced competitively.