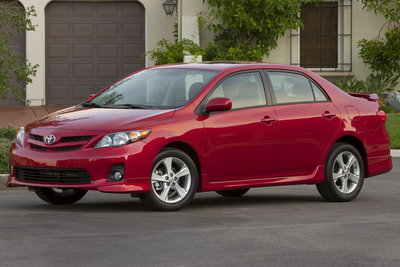 The Corolla is one of Toyota's longest running models, dating back to the late 1960's. It has built a solid reputation as a reliable compact sedan. The tenth generation Corolla has been updated to provide a logical step between the entry-level Yaris and the legendary Camry. Toyota offers Corolla in Standard, LE, and S trim levels. A 1.8L four cylinder rated at 132-bhp powers all models.

Corolla wears updated front and rear styling for 2011. The model range has been simplified to just three grades: Base, LE, and S. All models are powered by a 132-bhp 1.8l four cylinder and equip either a five-speed manual or four-speed automatic transmission.