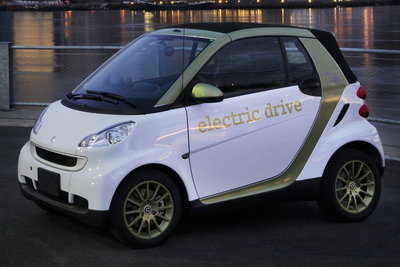 Smart began a pilot of electric vehicles in 2007. The first generation fortwo electric drive was a pilot of 100 vehicles. The battery was sodium-nickel-chloride and required heating to high temperatures. Production of the second generation fortwo electric drive began in 2009. The second generation uses lithium-ion batteries. Smart planned to build 1500 such vehicles with 250 headed to the US market in 2011.