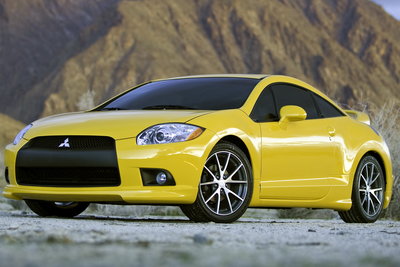 The original Eclipse was known for being a rocket on the road. Despite the swoopy and aggressive styling, the Eclipse is no longer the fastest car in the Mitsubishi lineup. That title belongs to the frumpy Lancer Evolution. The Eclipse looks the part of a sports coupe with racy lines and a hot palette of colors. Two models are offered: the GS which is powered by a 162 hp 4-cylinder and the GT which is powered by Mitsubishi's 260hp 3.8L V6. The most interesting model of the line, is the GT with the 6-speed manual transmission and 18 inch wheels. If only some of the Evolution could find its way in to the Eclipse.