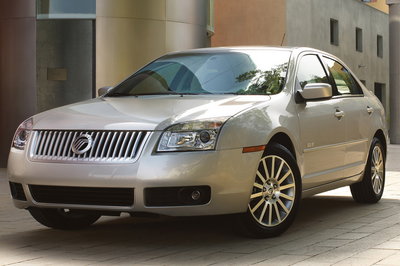 Mercury intends to differentiate its products from that of Ford by offering more style. Thus, the Milan is a sibling of the Ford Fusion with Mercury familial styling traits like the waterfall grille and LED taillamps. Alongside the larger Sable, Milan provides Mercury with a second stylish sedan. Milan is powered by either a 160hp inline-four or 210hp V6. Four-cylinder models can be equipped with either a 5-speed manual or automatic transmission. The V6 model features a six-speed automatic as standard equipment. All wheel drive is optional. An updated model is due for the 2010 model year.

Stability control is now standard on all models. The Milan adds a VOGA series.