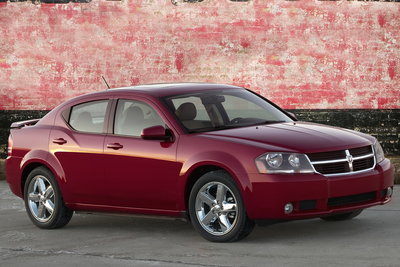 Dodge replaced the slow-selling Stratus with the Avenger sedan. Although the last vehicle named Avenger was a sporty coupe, this new model intends to battle the Accord and Camry sedans. The streamlined Avenger lineup consists of two FWD powertrains. The base engine is a 2.4L I-4 (173-bhp) and a 3.5L V-6 (235-bhp) is optional on the R/T. Available features include heated/cooled front cupholders and a hard disk audio system.

The Avenger benefits from option package and standard equipment changes. An improved acoustic package aims to reduce noise levels in the cabin. The all-wheel-drive model has been dropped. Two months after announcing the 2009 model year changes, Chrysler further pared the Avenger lineup to just two trim levels and two engines. The 2.7L V6 has been dropped.