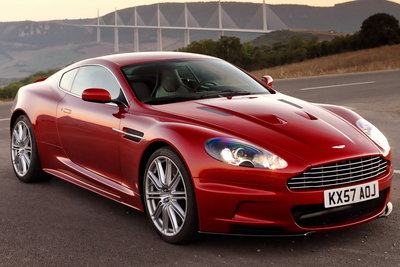 Aston Martin has long had a connection with James Bond, the fictional British secret service agent. Production models and special editions often tie to the movies. In 2006 James Bond drove a special Aston Martin that became the production DBS in 2007. The DBS is a two-seat coupe variant of the DB9. Extensive use of carbon fiber body panels yields a more aggressive appearance but also reduces weight. The lighter DBS has a more powerful 6.0L V12 under the hood. For those that can afford the premium pricing, the DBS makes no apologies for its performance on the road or the movie screen.