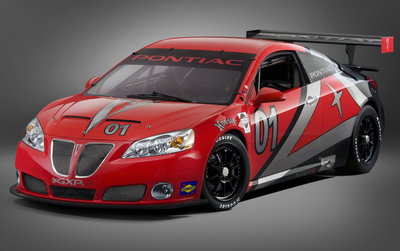 Pontiac unveiled the GXP.R racecar, which will compete in the GT class of the 2007 Grand American Rolex Sports Car Series presented by Crown Royal Special Reserve. The GXP.R hits the track running later this month at the famed Rolex 24 Hours of Daytona race in Florida. With the bodywork inspired by the Pontiac G6 GXP Street edition coupe, the GXP.R is the next step in the evolution of a successful racing program that began with...Read.