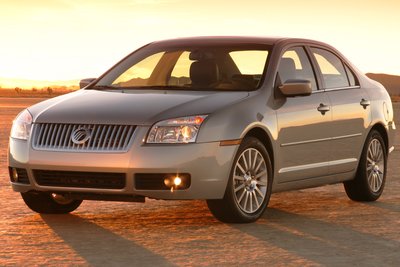 Mercury intends to differentiate its products from that of Ford by offering more style. Thus, the Milan is a sibling of the Ford Fusion with Mercury familial styling traits like the waterfall grille and LED taillamps. Alongside the larger Montego, Milan provides Mercury with a second stylish sedan. Milan is powered by either a 160hp inline-four or 210hp V6. Four-cylinder models can be equipped with either a 5-speed manual or automatic transmission. The V6 model features a six-speed automatic as standard equipment. For buyers willing to wait a bit, an all-wheel-drive model will join the lineup in the 2007 model year and a hybrid powertrain has been promised for 2008.

The all-new Mercury Milan is a sibling of the Ford Fusion with "more style". It slots in below the Montego. The 5-passenger, mid-sized sedan is based on Ford's CD3 architecture derived from the Mazda6. Milan is offered initially with either a 160hp inline-four or 210hp V6 in FWD only. All-wheel drive and Hybrid powertrains are promised for future model years.