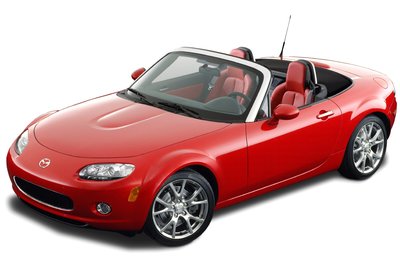 The Miata has long been one of the best rides available for under 30k. The third generation Miata (simply named MX-5) has not departed from the successful formula while addressing some of the weaknesses of its predecessor. The chassis is stronger. A longer wheelbase, wider track and improved weight distribution should keep the MX-5 nimble. The interior has been reworked to be more approachable and user-friendly. A 2.0L four-cylinder produces 158 hp and can be combined with either manual or automatic transmissions. The exterior styling has become a little more functional and a little farther away from the "cuteness" of the first generation and that of the cool Ibuki concept shown by Mazda in 2003.