In the era of inexpensive fuel and impending pure electric vehicles, hybrids have faded from the spotlight. Yet hybrids are more practical than EVs for many customers, offering no range anxiety combined with significant fuel efficiency advantages relative to gas-only vehicles. Hyundai has entered both the hybrid and pure EV market segments with the Ioniq, Sonata and upcoming Elantra.

Hyundai's Ioniq model range addresses the needs of different customers: Hybrid, Plug-in Hybrid, and Electric. Both hybrid variants are practical options for urban and highway commuters, while the Ioniq Electric is better suited for urban areas with plentiful charging stations, or for owners who are equipped to recharge at home.

Hyundai's hybrid powertrain combines a 1.6L inline-4 and a permanent magnet synchronous motor driving the front wheels. A variant of the DOHC direct-injected 1.6L engine used in other Hyundais, the all-aluminum Atkinson-cycle gasoline engine is rated at 104-hp @ 5,700 RPM and 109 lb.-ft. @ 4,000 RPM. The electric motor delivers 45 kW and 125 lb.-ft. of torque; combined system power of the gasoline and electric powertrain totals 156 hp. Powering the electric motor is a 360V lithium-ion polymer battery pack rated at 8.9 kWh. According to Hyundai, the electric motor can augment the gas engine at up to 81 MPH.

The Ioniq's battery can be recharged using a 110V Level 1 or a 220V Level 2 charger. We used a standard 110V power outlet to test battery charging; the current draw was 12A, so a typical 15A-rated circuit should be OK for charging. Hyundai estimates 2 hours and 15 minutes to full charge using a Level 2 charger; no charge duration is listed for a Level 1 charger, but we would expect much longer charging time on 110V. Inserting the charger plug into the charge port locks the plug into the port, and also locks the vehicle automatically for security. The driver must unlock the vehicle before the charger plug can be unlocked and removed.

Hyundai's choice of a 6-speed dual clutch transmission (DCT) is unusual since most other hybrids use CVTs. The EcoShift DCT is geared for maximum fuel efficiency: fourth (0.930:1), fifth (0.956:1), and sixth (0.767:1) are all overdrive ratios. Gears 1-4 are coupled to a 4.188:1 final drive ratio, but gears 5-6 and reverse are connected to a 3.045:1 final drive ratio. As a result, the overall ratio spread between fourth and fifth gears is larger due to the different final drive ratios. The EPA fuel consumption estimates are 52 MPG highway and 119 MPGe rating. We averaged 51 mpg in mixed urban and highway driving. Hyundai also claims an all-electric range up to 29 miles, but in our normal urban driving the gasoline engine was the primary power source, with electric motor assist on demand.

The Ioniq's suspension consists of the MacPherson struts in front; at the rear is a multi-link setup with coil springs and dampers. Brakes are all-discs: 11.0 in. dia. in front, and 10.3 in. dia. rotors on the rear axle. The rack-and-pinion steering is motor-assisted and geared for 2.66 turns lock-to-lock. All Plug-In Hybrid models roll on 16- in. dia. alloy wheels and 205/55R16 Michelin Energy Saver A/S tires. Instead of a spare tire, Hyundai substitutes a tire mending kit. Curb weight ranges from 3,318 to 3,417 lbs.

Hyundai's interior design theme is primarily gray and black, although aluminum accents break up the monotony. Overall build quality is excellent. The dash and upper door trim are padded, but most other panels such as the center console are hard plastic.

The Ioniq's gauge cluster consists of digital speedometer flanked by fuel level and battery charge bar graphs. Other displays include a transmission gear indicator, powertrain mode, coolant temperature and vehicle status. The flat-bottom steering wheel is contoured to accommodate driver preferences. Mobile phone, audio, cruise control, and vehicle status setting buttons are integrated on the steering wheel spokes. The 10.25" touchscreen display has frequently used settings directly accessible below the screen. Although most infotainment controls are touch-sensitive, Hyundai wisely retained a rotary volume knob. The climate control settings are also touch-sensitive, but proved to be responsive and intuitive to use. Power ports are plentiful: dual 12V outlets and a USB port are in the center console, along with a wireless phone charging pad. Another 12V outlet is in the center console. Dual cupholders are conveniently located in the center console.

The Ioniq's front seats are reasonably supportive, but the flat, firm padding is not especially comfortable. The front seats have adequate torso lateral support, but thigh support is deficient. Only the driver's seat is power adjustable (including lumbar support); the front passenger only has manual seat adjustments. Front headroom is acceptable for occupants up to 6 ft. tall. Rear seat passengers taller than about 5'-10" tall may find headroom restrictive. Like the front seats, the rear bench is also firmly padded. The center rear position has a hard seatback so only short trips are tolerable.

As with other gasoline-electric hybrids, the Ioniq's electric motor delivers excellent torque at low speeds, augmenting the relatively weak output of the inline-4. Even at 70 MPH, the electric motor delivers usable torque, but output is significantly reduced as it approaches its operating RPM limit. At highway cruising speeds, the gas engine will slowly recharge the battery pack. The 1.6L inline-4 is noisy under acceleration, especially noticeable in city driving. Hyundai's choice of a 6-speed DCT stands out from its competitors that use CVTs instead. Instead of a typical CVT drone at a fixed RPM, the DCT shifts through the gears, avoiding the noise and vibration commonly associated with CVTs.

Since the primary priority for affordable hybrids is fuel efficiency, most manufacturers aim for competent ride and handling. We expected the Ioniq's combination of moderate understeer and body roll, but the low-rolling resistance Michelins were slightly bouncy on patched roads. On properly maintained surfaces, the suspension provided a compliant ride and excellent directional stability. Engine, wind and tire noise were subdued at highway speeds. The all-disc brakes were effective, but felt nonlinear below 20 MPH, probably due to the blending of regenerative braking and the conventional friction brakes.

The Ioniq is a reasonable option for long distance commuters who want to maximize fuel efficiency, yet still need a spacious vehicle to carry four adults in comfort. In our opinion, the Ioniq could benefit from more power, sacrificing some fuel efficiency for a better driving experience. The Ioniq Hybrid is probably a more cost-effective option than Plug-In model, although an available Federal tax credit could defray the added cost of the Ioniq Plug-In. 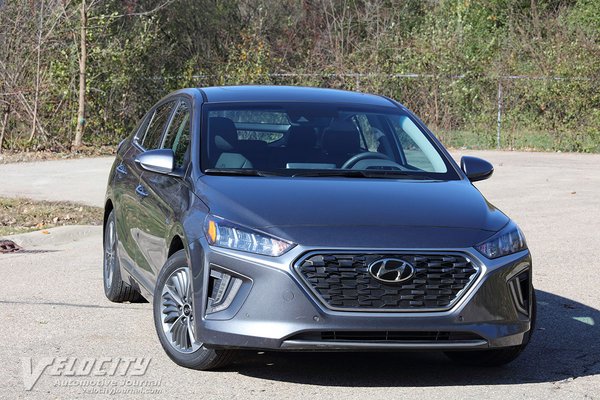 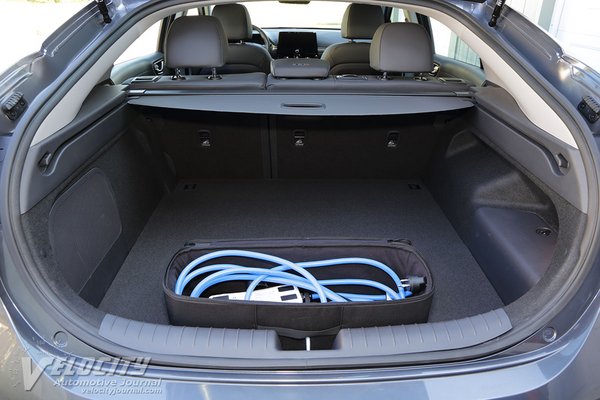 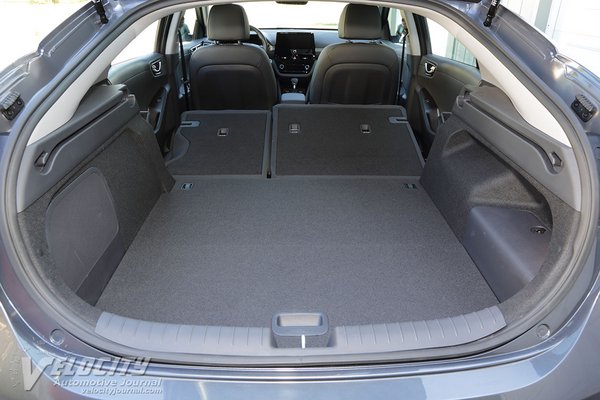 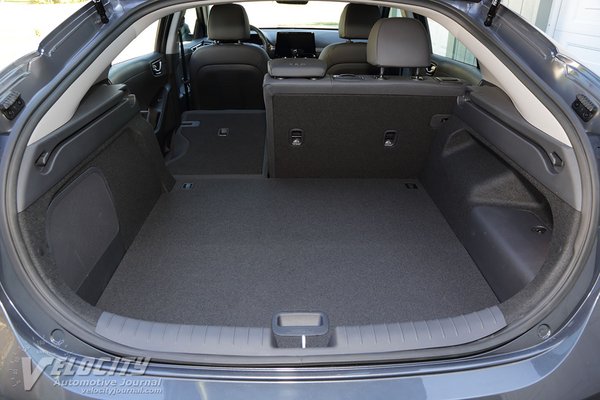 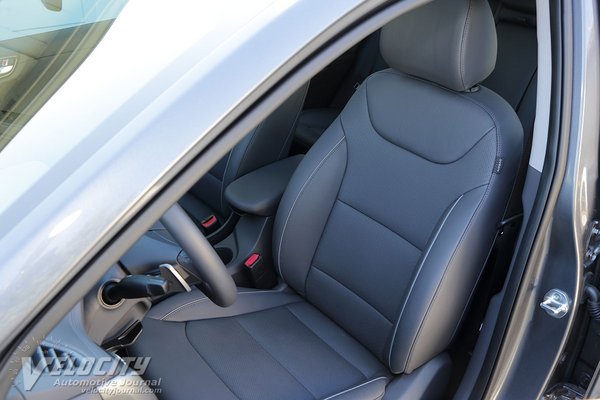 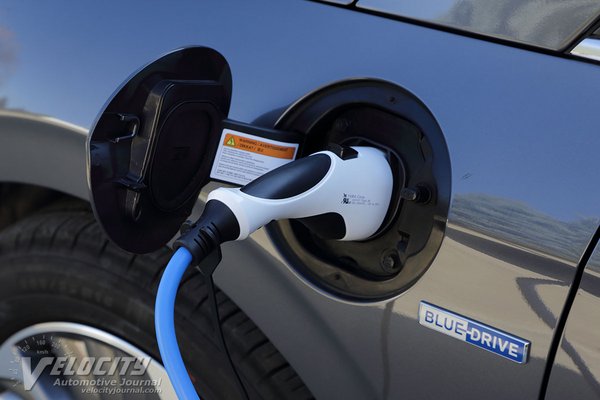 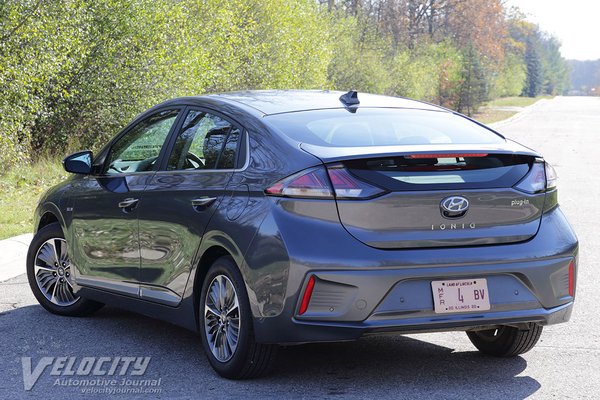 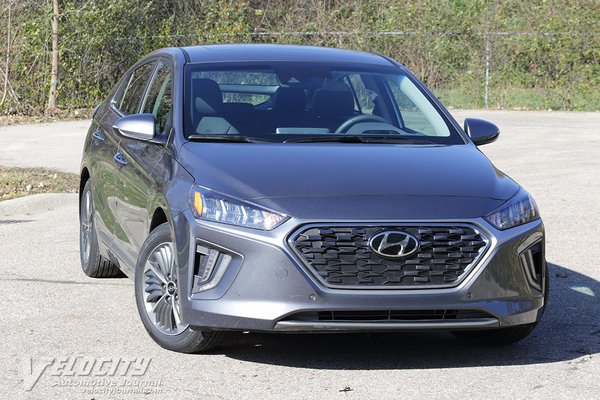 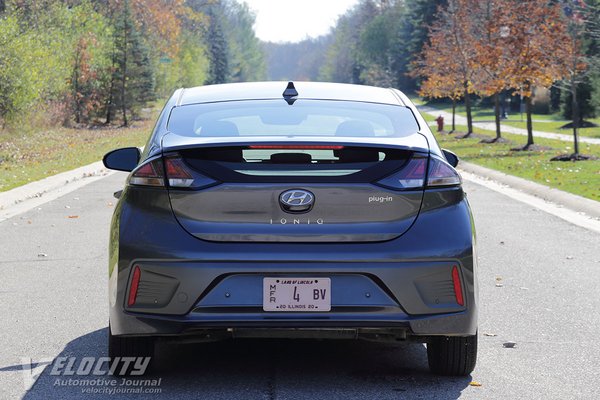 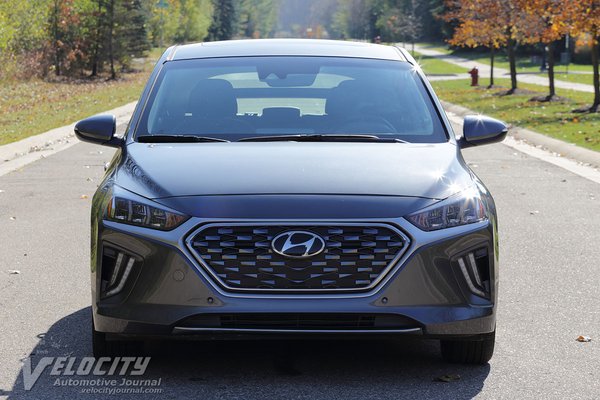 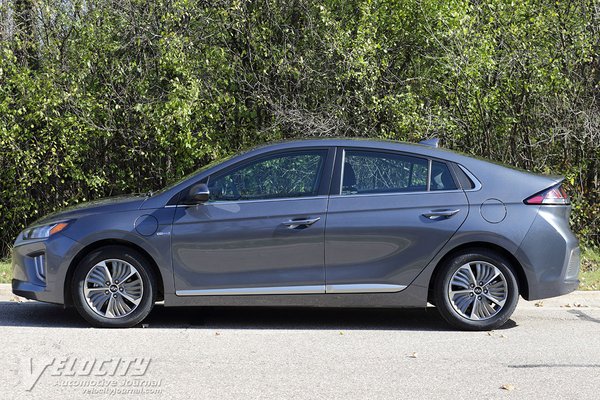 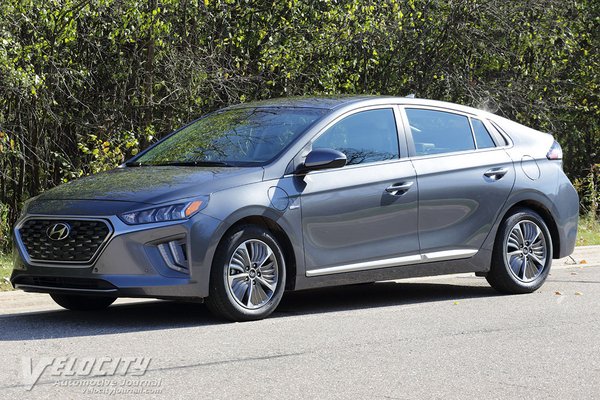 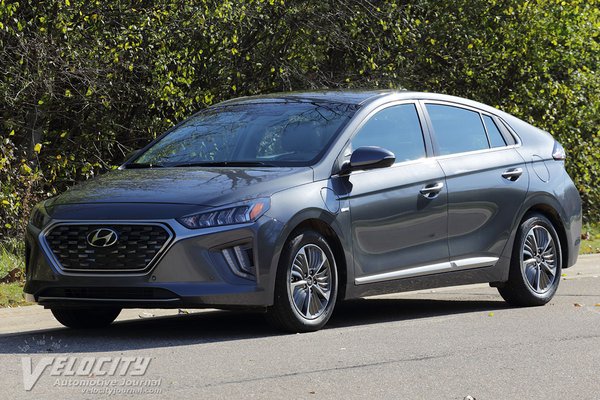 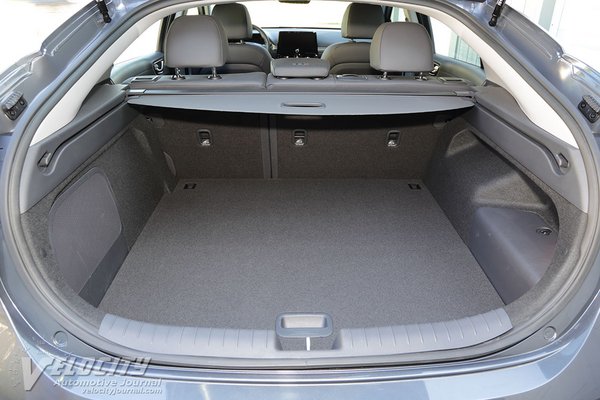 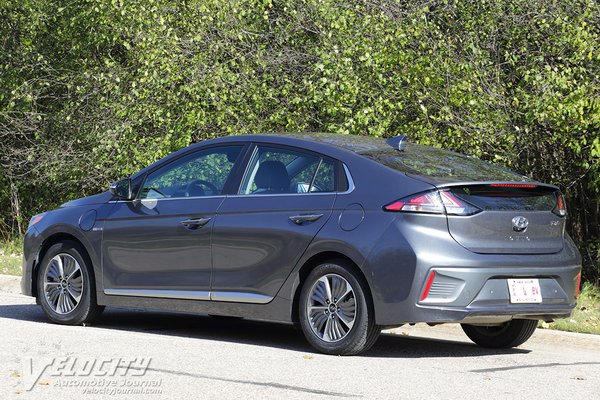 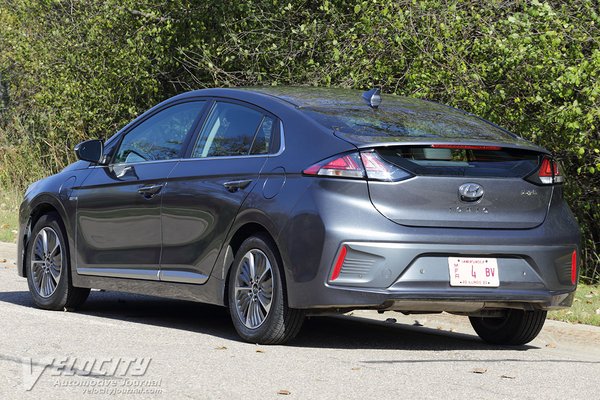 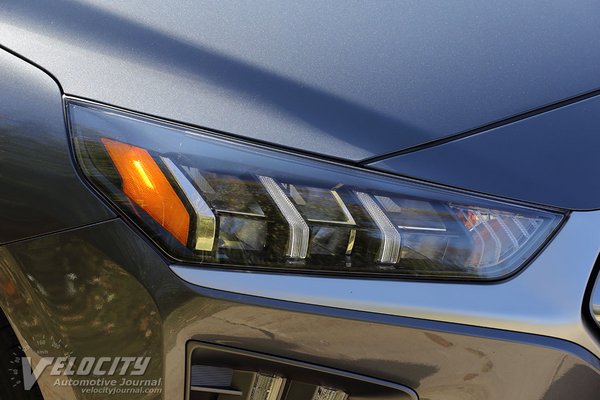 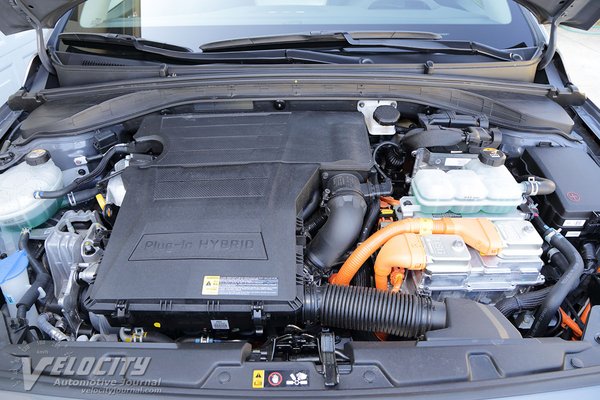 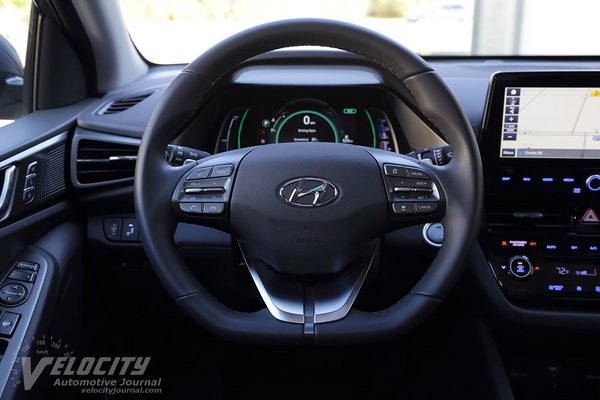 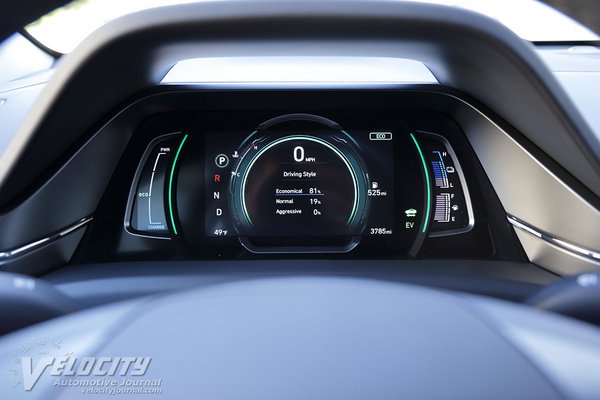 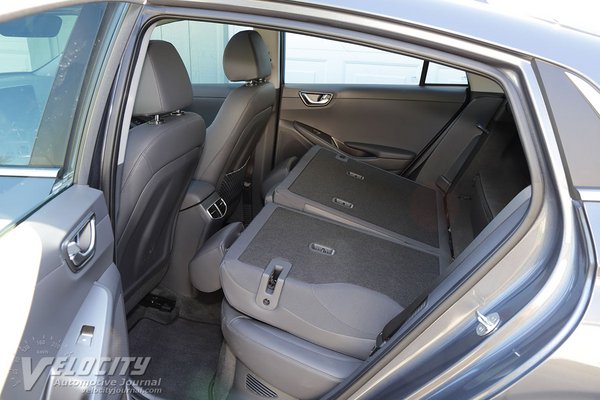 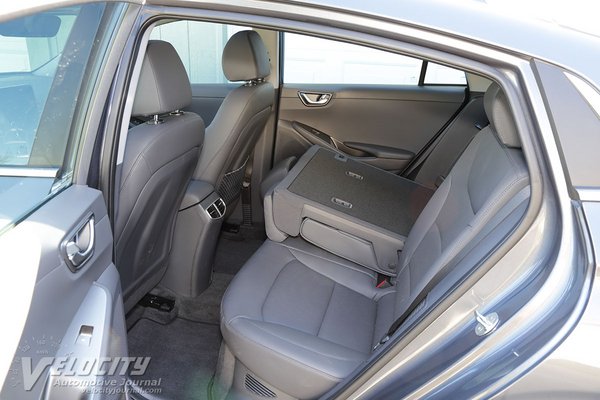 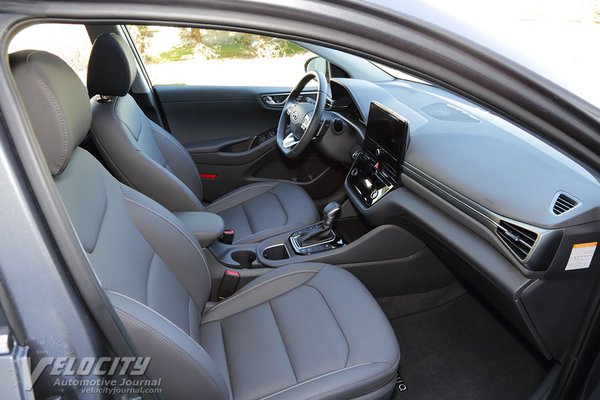 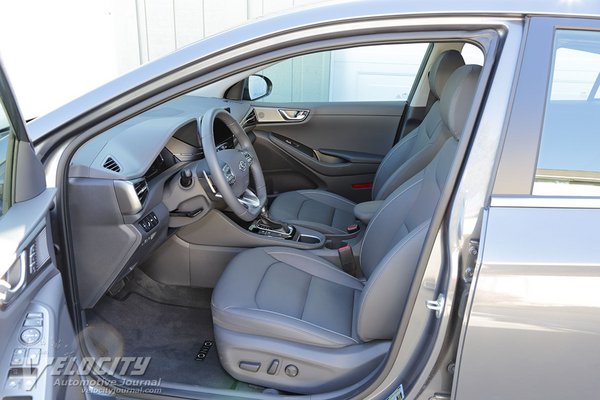 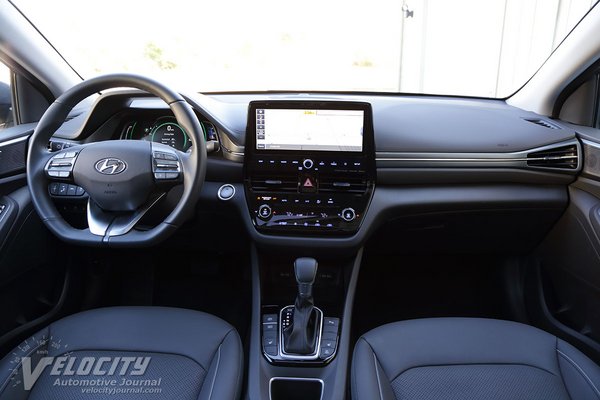 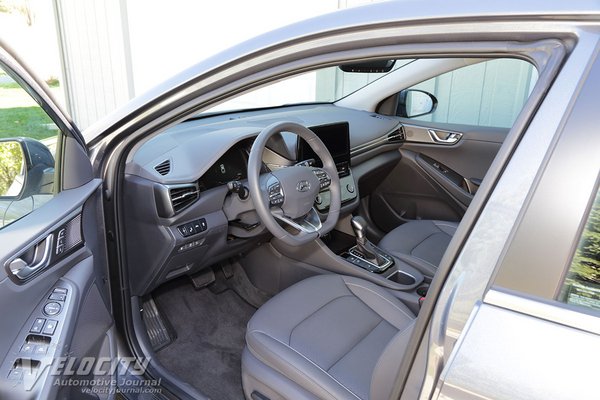 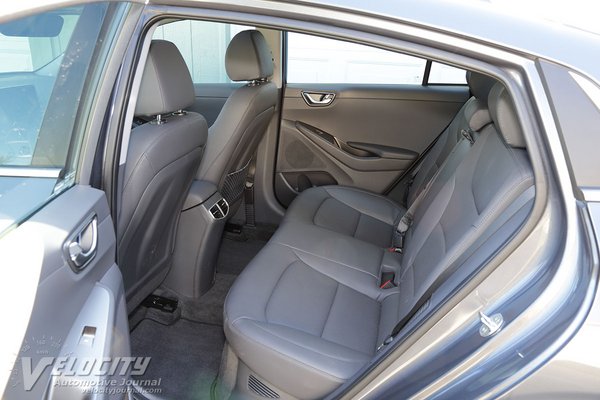 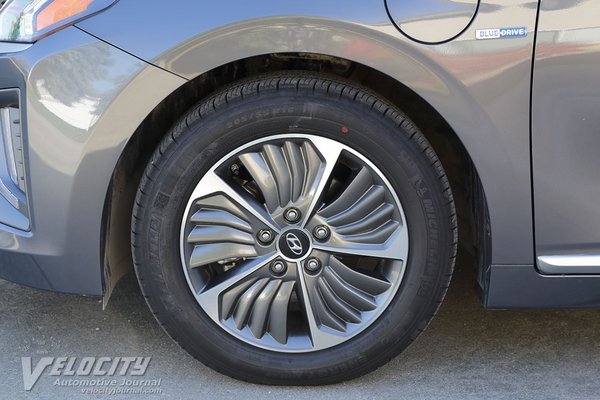