Most pickups sold in the US are designed with a body-on-frame structure to maximize payload and towing capability. Some light duty pickups such as the Dodge Rampage and VW Pickup from the early 1980s used a unibody structure for superior handling, at the cost of reduced cargo and towing ratings. Honda's Ridgeline belongs in the latter category, a segment abandoned in the US by other manufacturers until Honda introduced the Ridgeline in 2004.

Both the Ridgeline and Pilot are essentially identical up to the windshield, so both vehicles share an identical dash and instrument panel. A fat leather-wrapped steering wheel includes audio, cruise and telephone controls. Instead of conventional analog gauges, Honda designed a semi-circular tachometer and digital speedometer. Next to the trip computer are the coolant temperature and fuel gauges. Both audio and navigation systems are controlled via a touchscreen on the center stack. The slippery touchscreen lacks tactile feedback, so adjusting volume or using the navigation system requires looking at the screen to confirm commands. Instead of an overly complex interface, the climate control system uses simple toggle switches and buttons. Just below a cubbyhole for a mobile phone are a 12V outlet and USB port for portable electronics. Next to the shift lever are dual cupholders and a console bin for additional storage.

Opting for the RTL trim level adds standard perforated leather seats with 8-way power adjustments for the driver and 4-way adjustments for the passenger. The heated front seats are moderately bolstered to accommodate most occupants and provide decent lateral and lumbar support. The split rear seats are spacious and fold up to allow boxes and other bulky cargo to be loaded into the passenger compartment. The rear seatback is relatively upright, reducing comfort on longer trips. Headroom front and rear is adequate for 6 ft. tall passengers, even with the standard moonroof.

All Ridgelines are powered by a direct-injected 3.5L V-6. The single overhead cam all-aluminum six is rated at 280-bhp @ 6,000 RPM and 262 lb.-ft. @ 4,700 RPM. Honda's i-VTEC variable valve-timing contributes to increased power and torque compared to the previous V-6 (250-bhp/247 lb.-ft.). Variable Cylinder Management (VCM) shuts off one bank of cylinders in light load conditions. Active engine mounts quell engine imbalance during 3-cylinder operation. EPA fuel consumption ratings are 21/25 MPG (city/hwy.) with all-wheel drive and 19/26 MPG (city/hwy.) with front-wheel drive. In mixed highway and urban driving we averaged about 20 MPG in the AWD Ridgeline, so we suspect that only the most efficient drivers will achieve the Ridgeline's fuel economy numbers.

A new 6-speed automatic replaces the old 5-speed unit and drives the front or all four wheels. A transmission cooler is standard on AWD models. The Ridgeline's i-VTM electronically controlled rear axle is capable of torque vectoring to reduce understeer and improve handling. Clutch packs in the rear axle enable torque vectoring and also overdrive the rear wheels by 2.7%. According to Honda, the clutch packs are designed to handle the slight but constant slip created by overdriving the rear wheels. Drivers can choose between Normal, Snow, and Mud/Sand (AWD only) modes to maximize available traction.

The Ridgeline's chassis and suspension differ from other pickups because of its unibody structure and independent rear suspension. A multi-link layout with upper and lower controls arms, coil springs, dampers, and a stabilizer bar maintain superior rear axle control compared to the solid rear axle setup used by other pickups. The front suspension consists of MacPherson struts, lower control arms, and a stabilizer bar, similar to other Honda cars. Disc brakes are at all four wheels. All Ridgelines get 245/60R18 all-season tires mounted on 18-in. diameter alloy wheels. The stability control system (VSA) is capable of reducing trailer oscillation (sway) by pulsing the brakes as needed. Curb weight ranges from 4,242 lbs. (2WD) to 4,431 lbs. (AWD) for base Ridgeline models.

Other pickups have a steel or aluminum bed, often topped with a bedliner. Honda skips the metal bed and uses plastic bed panels and dual function tailgate that flips down or swings open laterally. Another innovation is a lockable storage compartment under the bed that holds the spare tire and conceals cargo. Bed length is 64 in. Max. payload is 1,584 lbs.

Driving the Ridgeline is similar to a midsize SUV, since it is essentially a long wheelbase Pilot. Instead of the chassis flex and body vibrations typical for pickups, the Ridgeline's stiff body structure, precise steering and comfortable ride are a revelation. Suspension tuning is firm, yet compliant. Moderate understeer and relatively low body roll reminded us of the Ridgeline's superior driving dynamics relative to typical pickups. Instead of the rear axle bouncing around over bumpy roads, the multi-link rear suspension keeps the tires planted to the ground. As a result, the Ridgeline requires fewer steering corrections over patched and potholed roads. The rigid body structure damps out the vibrations transmitted to the cabin from the ladder frames of conventional pickups. With all-disc brakes, 58/42 (front/rear) weight distribution and independent rear suspension, the Ridgeline's braking performance is comparable to other SUVs. On rough roads, the Ridgeline's superior rear axle control ensures shorter stopping distances than other pickups.

Honda's 3.5L V-6 is a capable powerplant with decent low and midrange throttle response. Lightly loaded, the Ridgeline accelerates effortlessly, as the 6-speed automatic seamlessly shifts through the gears. Engine noise is subdued throughout the rev range. The gearbox has no manual shift capability, but moving the shift lever to "L" holds the transmission in lower gears. Switching off the O/D downshifts the automatic into fourth gear. A simple manual shift option is expected in a pickup, so we were puzzled as to why Honda neglected this function.

There are some areas where the Ridgeline suffers against its more rugged competition: towing capacity and off-road capability. Maximum towing rating is 5,000 lbs. for AWD models, and a relatively low 3,500 lbs. for a FWD Ridgeline. Honda has designed in 7.9 in. ground clearance and a 20.1 deg. approach angle, combined with a 22.1 deg. departure angle, so traversing rutted dirt roads should not be a concern. What the Ridgeline lacks is a low range transfer case for serious off-road trails. This isn't much of a handicap considering that Honda's target customer is more likely to use the Ridgeline for trips to the hardware store for lumber, drywall sheets and potting soil. If serious towing or off-road trails are part of your weekend activities, then the Ridgeline probably isn't on your shopping list anyway.

The Ridgeline appeals to a select few, although Honda has aimed the second-generation truck at a wider audience. As a light-duty pickup, the Ridgeline has the right combination of hauling and towing capability with superior ride and handling. Customers who require a work vehicle or do serious hauling will be better served with a conventional body-on-frame pickup, but for truck owners who mostly visit the hardware store on the weekends, the Ridgeline is a more rational alternative. 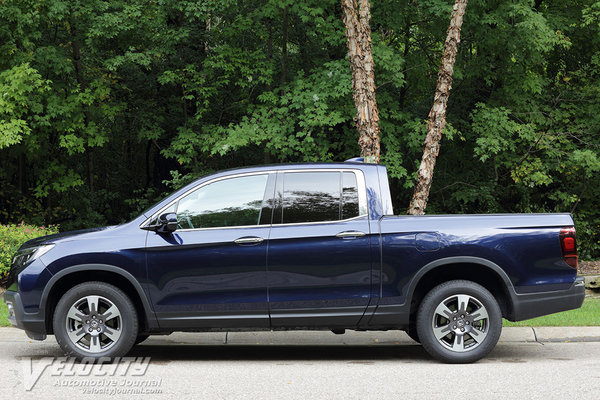 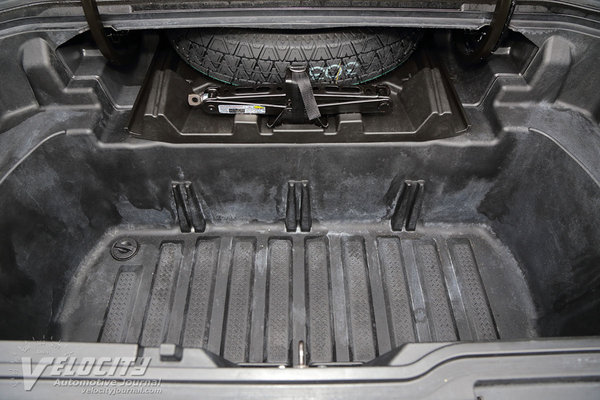 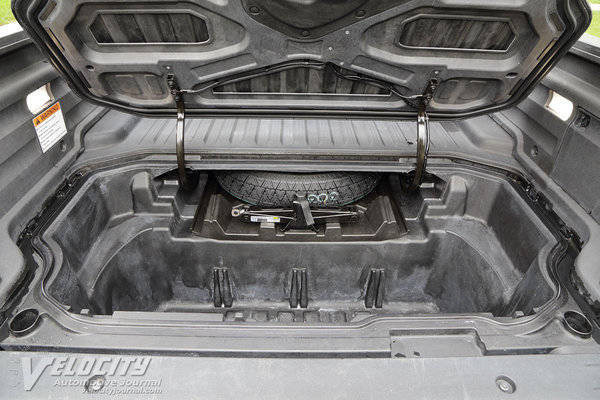 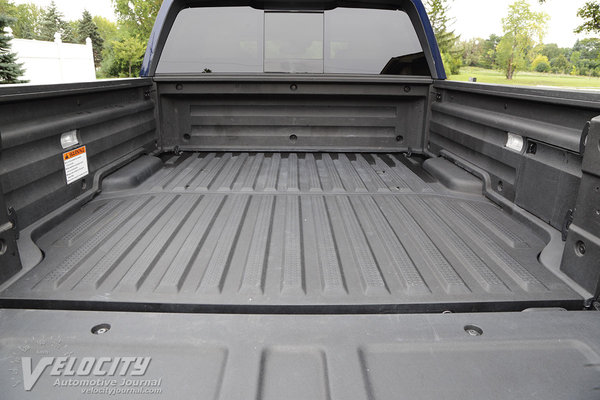 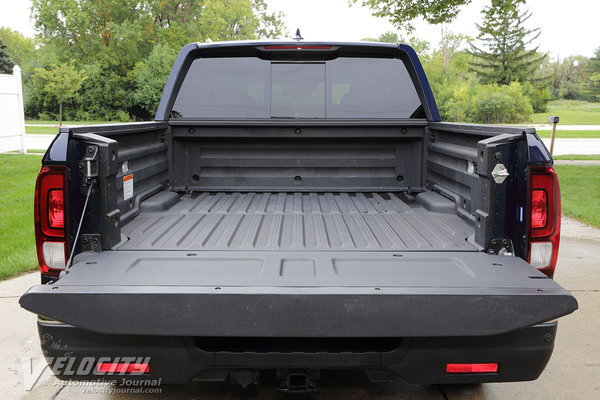 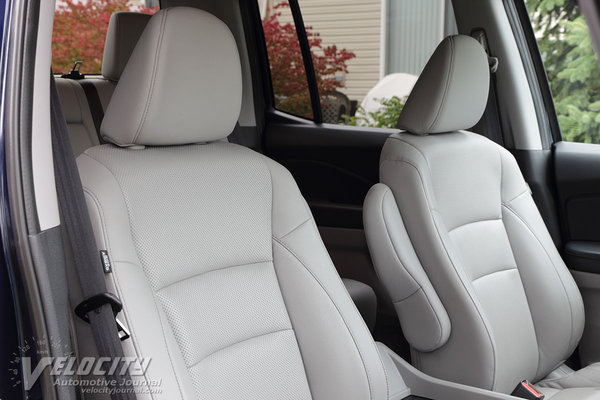 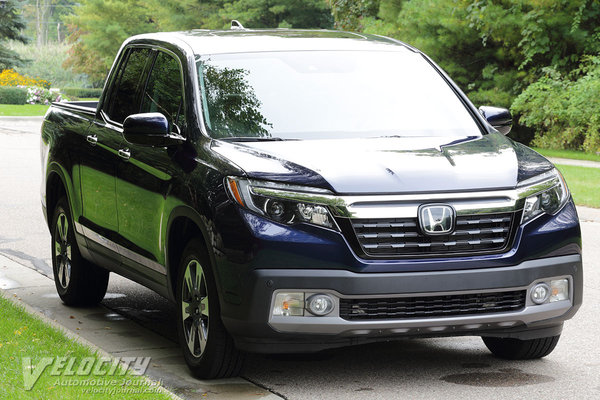 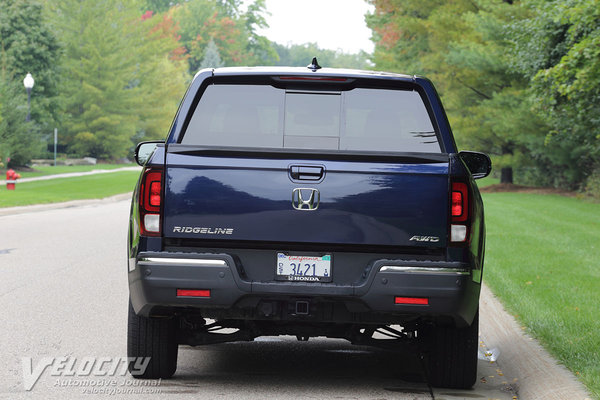 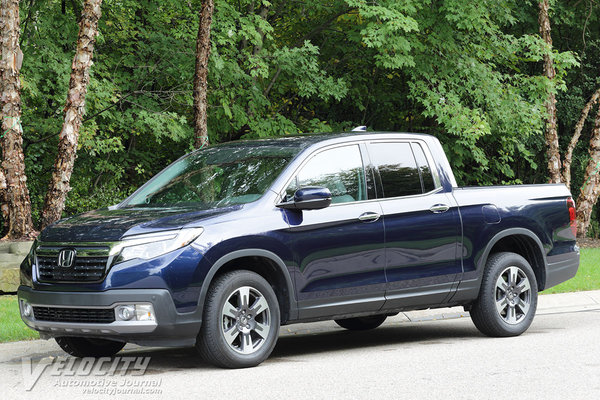 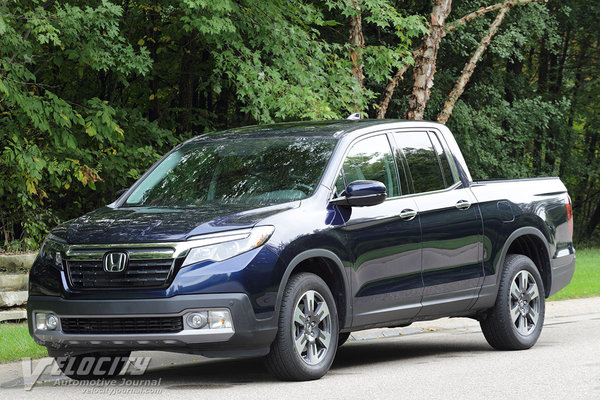 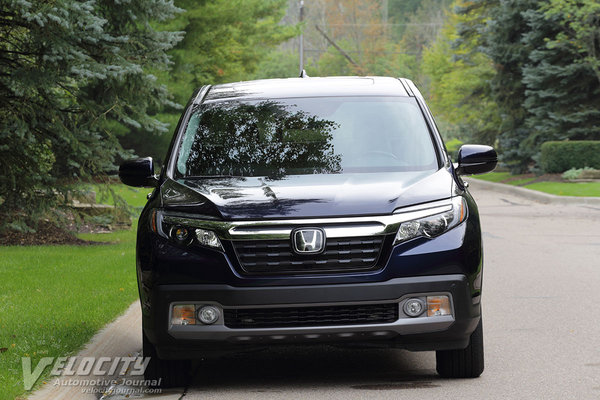 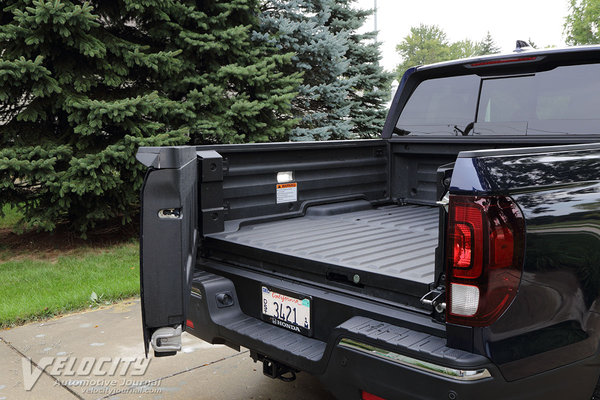 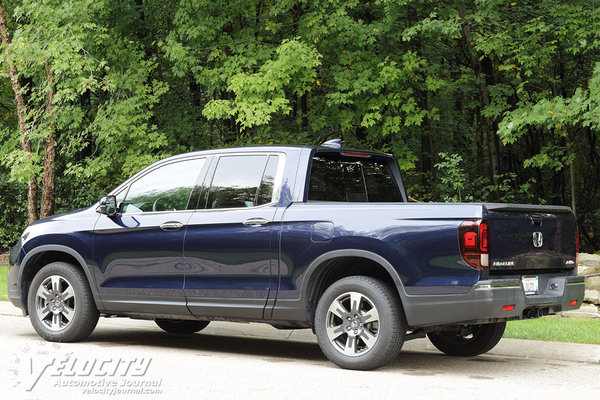 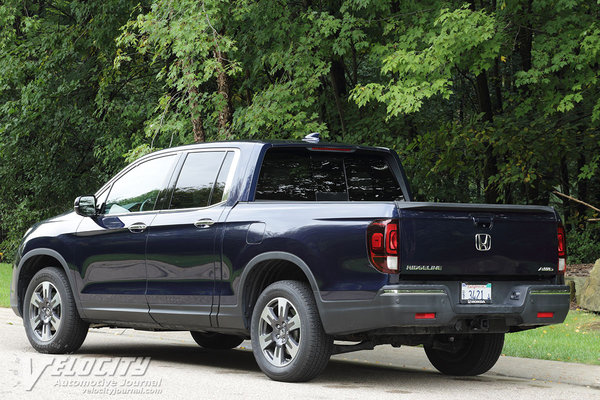 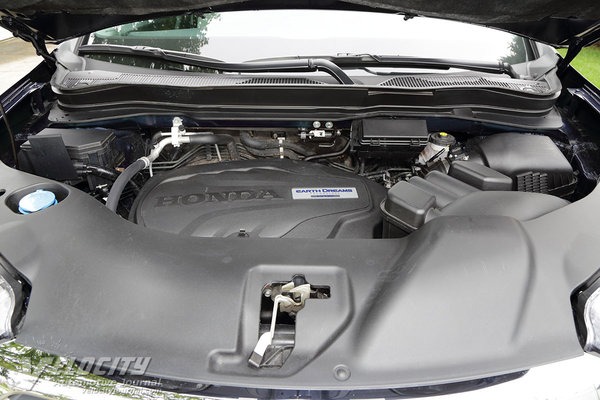 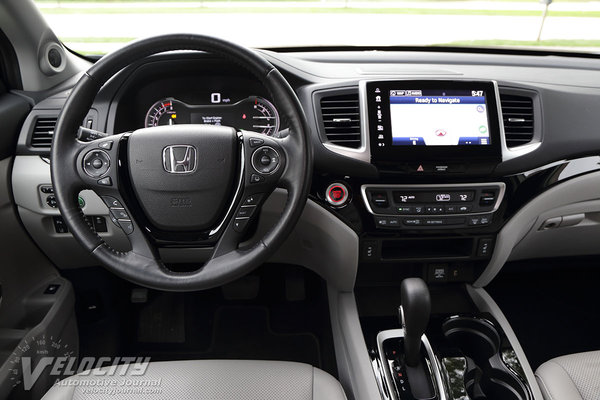 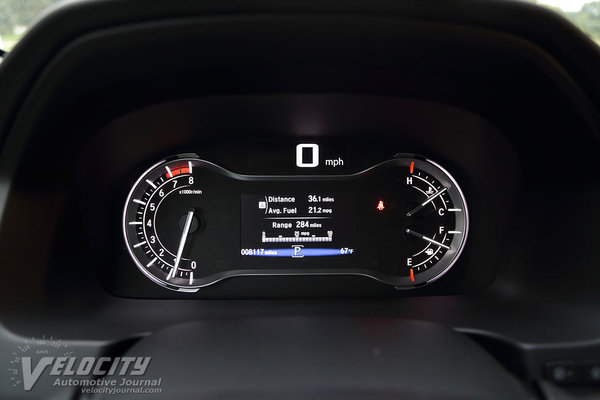 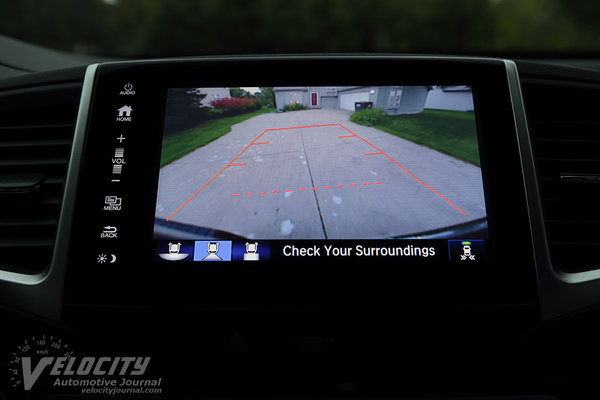 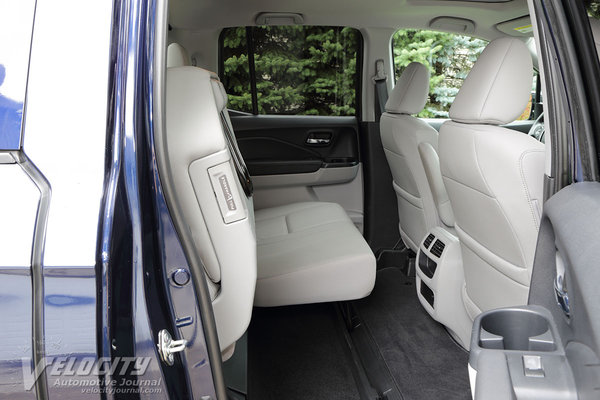 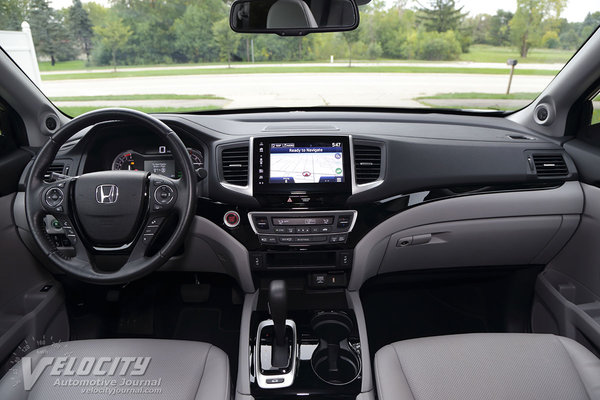 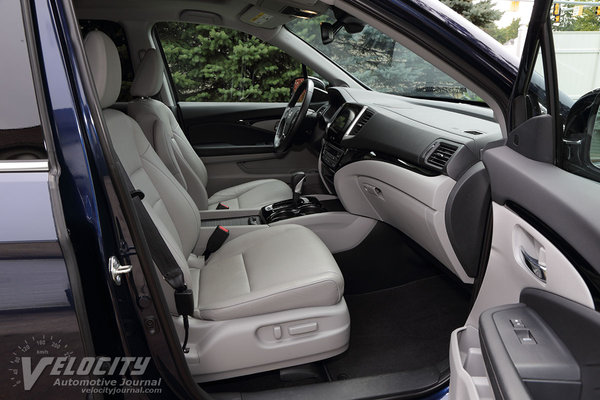 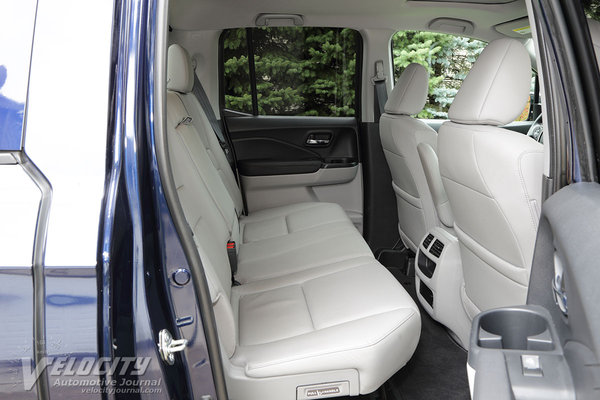 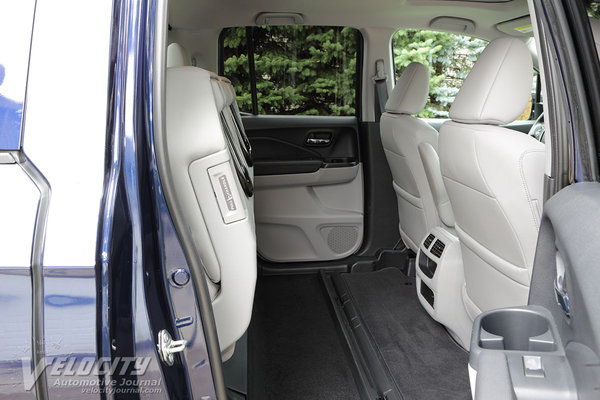