Amongst the sea of crossover SUVs from nearly every manufacturer, the XC60 is clearly intended to please Volvo's loyal customers. Even with its innocuous lines, the XC60 shares recognizable Volvo styling cues: the diagonal-bar grille and vertical taillights mark its Swedish origins. The XC60 is the new entry level model in the Swedish automaker's crossover lineup, slotted below the familiar XC70 and XC90. Alternatives to this Volvo include the Audi X5, BMW X3, Lexus RX350, Toyota Highlander, Infiniti EX35, and Cadillac SRX. All of these competitors highlight just how difficult it is to stand out such a crowded market.

Starting at just under $33K, the base front-wheel drive XC60 3.2 is priced between other competitors such as the Toyota Highlander and Audi Q5, and significantly less than the popular Lexus RX350. The premium XC60 T6 AWD ($37,200) adds a turbocharged inline-6, leather seats, and all-wheel drive as significant upgrades. AWD is also available as a $2000 option of the base XC60 3.2. We tested a XC60 T6 equipped with metallic paint ($550), Multimedia Package ($2,700), and Climate Package ($1,000). Volvo includes the $600 Panoramic Roof to the T6 as standard. Including the $825 destination charge, the sticker price added up to $42,250. Although the $550 charge for metallic paint seems excessive, only black or white are available as non-metallic, the rest of the color palette consists of metallic hues. Of the two option packages, we would likely forego the expensive Multimedia Package, which consists of an upgraded Dynaudio sound system, DVD navigation, and rearview camera. Of greater utility is the Climate Package, which includes heated front and rear seat, heated windshield washer nozzles, and headlamp washers. The $800 Xenon headlights are a desirable option worth considering. Equipped as noted, our preferred XC60 T6 would sticker at $41,000.

As expected from Volvo, the XC60 has a functional interior that favors simplicity and usability over style and gadgetry. A concession to current trends is the dash-mounted key slot: insert the fob into the slot and push rectangular the start/stop button above to start the engine, arguably less convenient than using a conventional key. Within easy thumb-reach of the leather-wrapped steering wheel are buttons for cruise control, audio, and Bluetooth phone. Gauges consist of an analog 160-MPH speedometer and 8,000 RPM tachometer; digital multi-function displays are inset within the main gauges. An attractive brushed metal faceplate surrounds the audio and climate controls. The navigation system uses a remote control instead of a touchscreen or array of buttons. Although certainly convenient, accidentally misplacing the remote control renders the navigation system unusable, as there is no way to access it otherwise. The climate control system uses intuitive pictograph buttons for vent settings. Behind the transmission shift lever are dual cupholders hidden under a sliding plastic cover. A bin behind the center stack and door pockets provide convenient storage.

Instead of standard cloth seats on the base XC60, the T6 gets leather upholstery resembling textured elephant hide with contrasting orange stitching. The power adjustable front seats provide a fine balance of comfort and support. A tall roofline ensures plentiful headroom front and rear. Likewise, the generous 108.2" wheelbase provides ample legroom for front and rear passengers. Rear seats are very comfortable for two occupants, but somewhat less so for a center passenger due to the hard folding armrest in the seatback. With the three-way split rear seats folded, the XC60 will accommodate a sizable amount of cargo (67.4 cu. ft.); we transported a mountain bike inside with no problems. A compartment under the floor will conceal smaller objects from view.

Despite its innocuous exterior, the turbocharged inline-6 endows the XC60 T6 with surprising performance. Although inline sixes are typically renowned for their sublime smoothness, the Volvo suffers from a clattery idle. The 3.0L DOHC powerplant cranks out 281-bhp @ 5,600 RPM and 281 lb.-ft. of torque from 1,500-4,800 RPM. A flat torque band endows the XC60 with above average acceleration in urban driving, preceded by a slight hesitation as the turbo spools up. Unlike many turbocharged engines, the Volvo's boosted six exhibits admirably linear throttle response, without the annoying acceleration surge that still plagues some competitors. The standard all-wheel drive system effectively banishes torque steer to unnoticeable levels. On the highway, turbo lag is imperceptible as the Volvo blows past legal speed limits without a fuss. Volvo claims the 0-100 km/h (62 MPH) sprint in a sprightly 7.5 seconds; top speed is limited to 130 MPH. At the gas pump the XC60 T6 manages a rather dismal EPA 16/22 MPG (city/hwy.) rating. At 4,225 lbs., this XC60 T6 is no lightweight, but other competitors in its class weigh about the same. In contrast, the base XC60 achieves an impressive 18/27 MPG (city/hwy.), aided by its lower curb weight and reduced frictional losses of its front-wheel drive powertrain.

Both the 3.2L and 3.0L turbo are mated to a 6-speed Geartronic transmission with identical ratios. Like most current automatics, this gearbox shifts nearly seamlessly and swiftly regardless of throttle position. An available manual shift mode selectable via a separate shift gate allows the driver to change gears, but in typical driving conditions we found it unnecessary.

With the muscular turbo six, the XC60 T6 needs a suspension to match, but this SUV isn't for attacking curvy roads. Instead, Volvo tuned the springs and dampers for a comfortable ride better suited for highway cruising. Consequently, the soft spring rates cause considerable dive and squat during hard acceleration and braking. Despite crisp initial turn-in response, significant body roll accompanies any aggressive cornering as the understeering front tires scrub off speed. The Pirellis are unobtrusive on the highway, but are clearly intended to be a touring tire. Dial back to a more leisurely pace, and the Volvo rewards with compliant ride that promises fatigue-free journeys.

In the fragmented crossover SUV segment, the XC60 will likely exert a greater pull on Volvo's current customer base than non-Volvo owners simply because there are so many excellent alternatives from other manufacturers. Of the two available models, the normally aspirated XC60 3.2 is a better value, although the T6 may attract buyers requiring the additional traction and handling benefits of all-wheel drive. Ironically, the torque-laden turbocharged six in the XC60 T6 is at odds with its decidedly relaxed suspension tuning; a T6 sport package or an "R" model would tighten up its lackluster handling. We think that the typical Volvo customer would be better served by the cheaper and more fuel-efficient XC60 3.2 instead of the T6, which fails to offer enough additional value over its less expensive sibling. 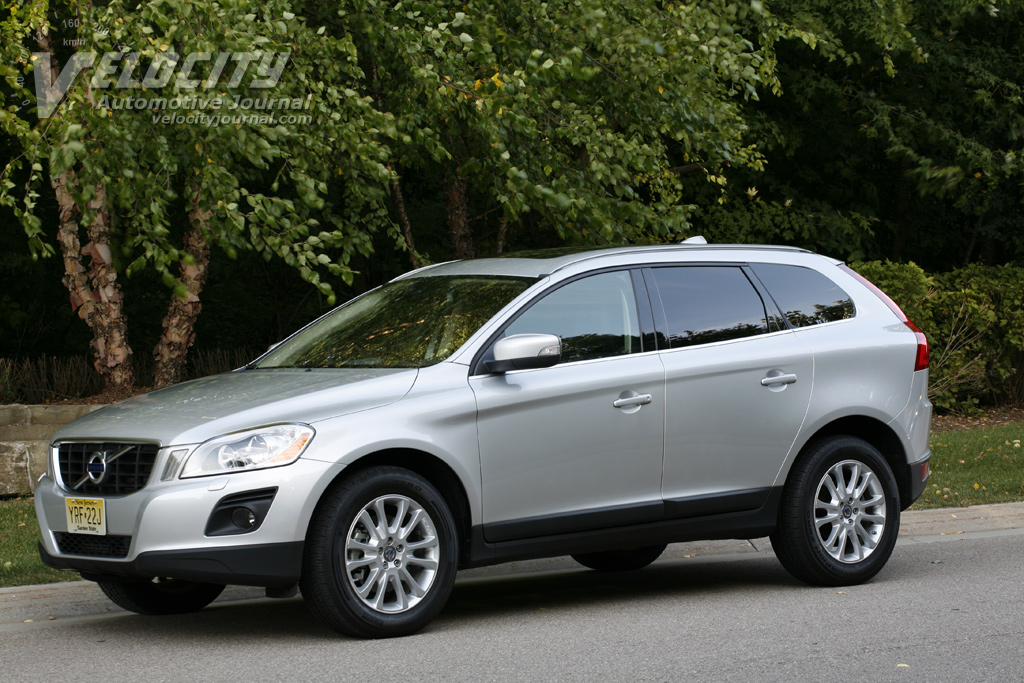 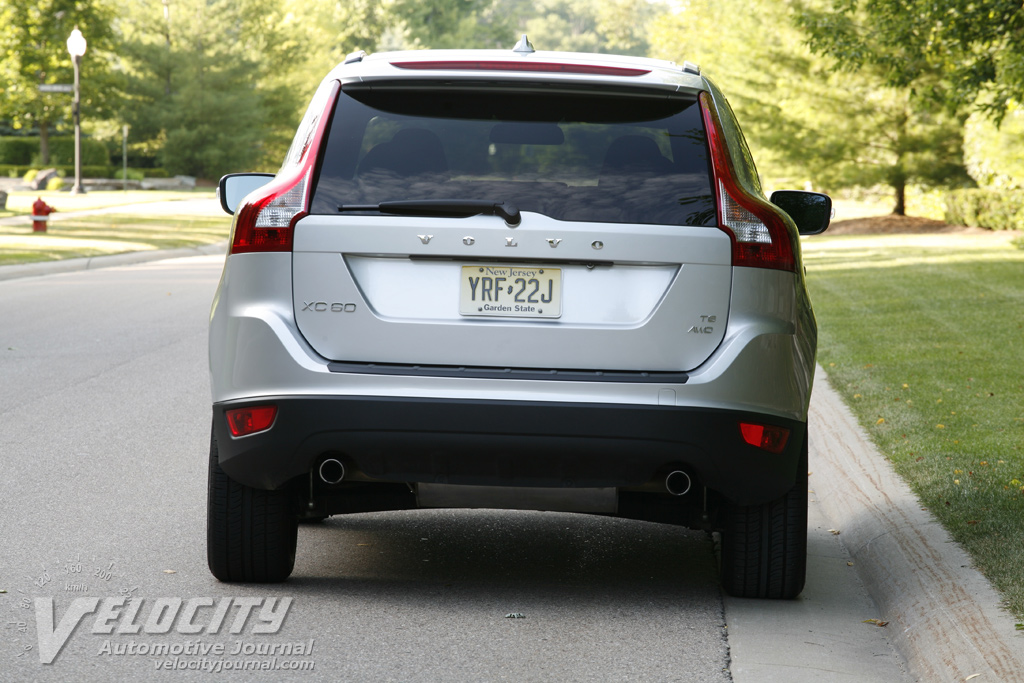 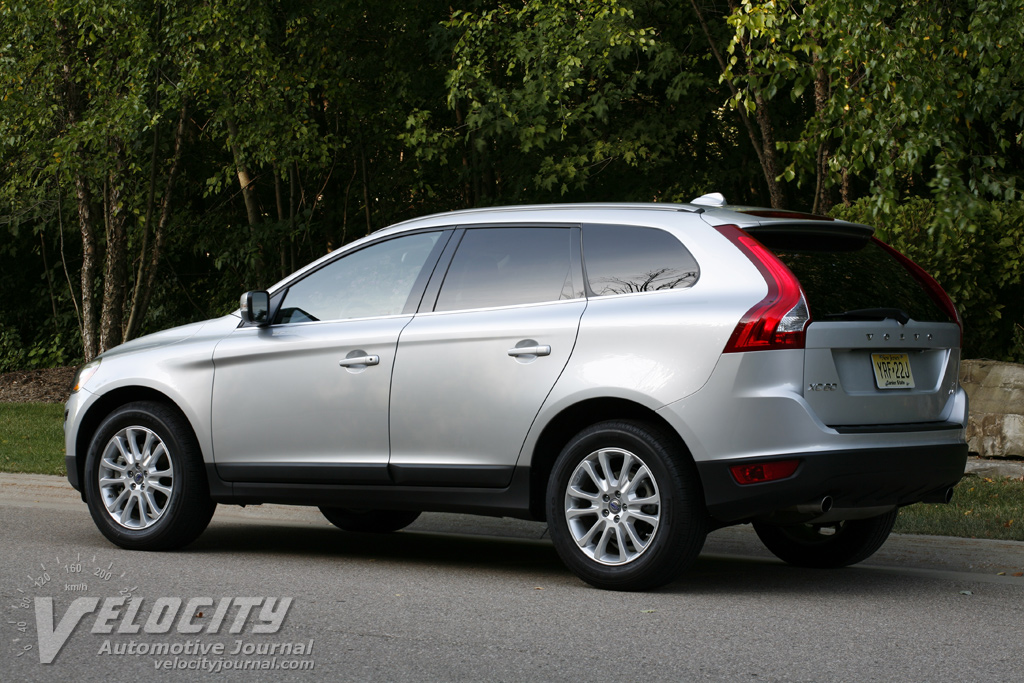 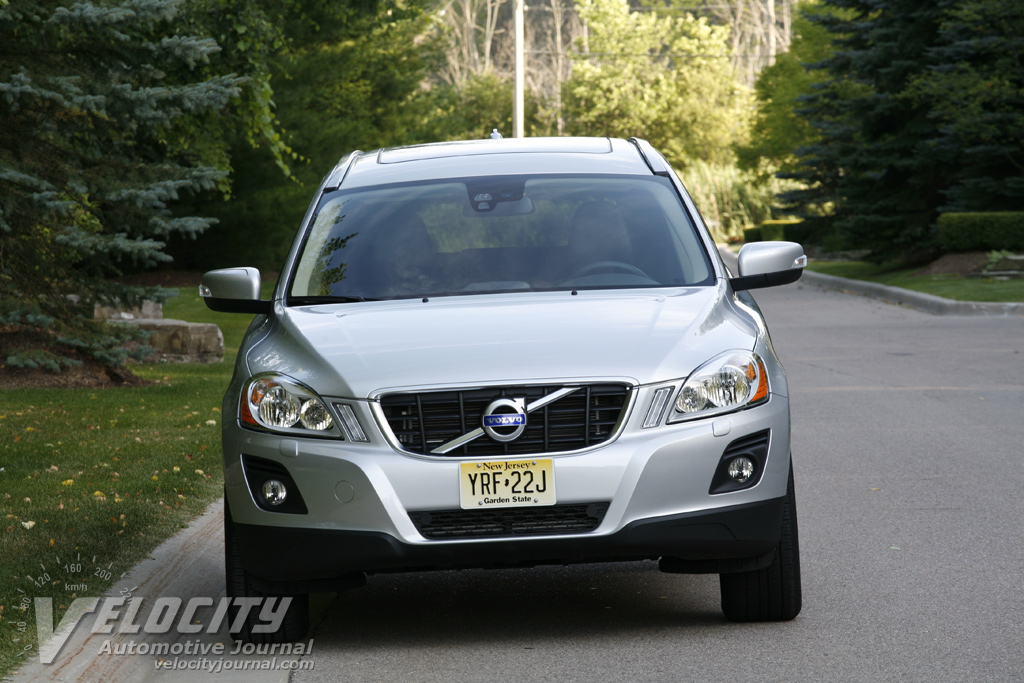 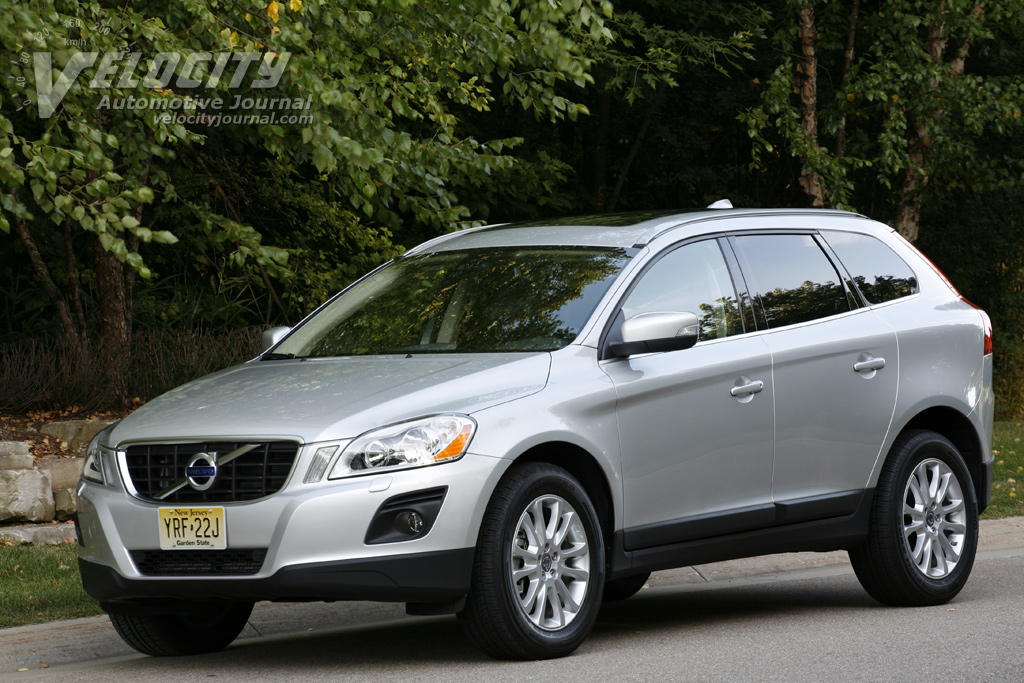 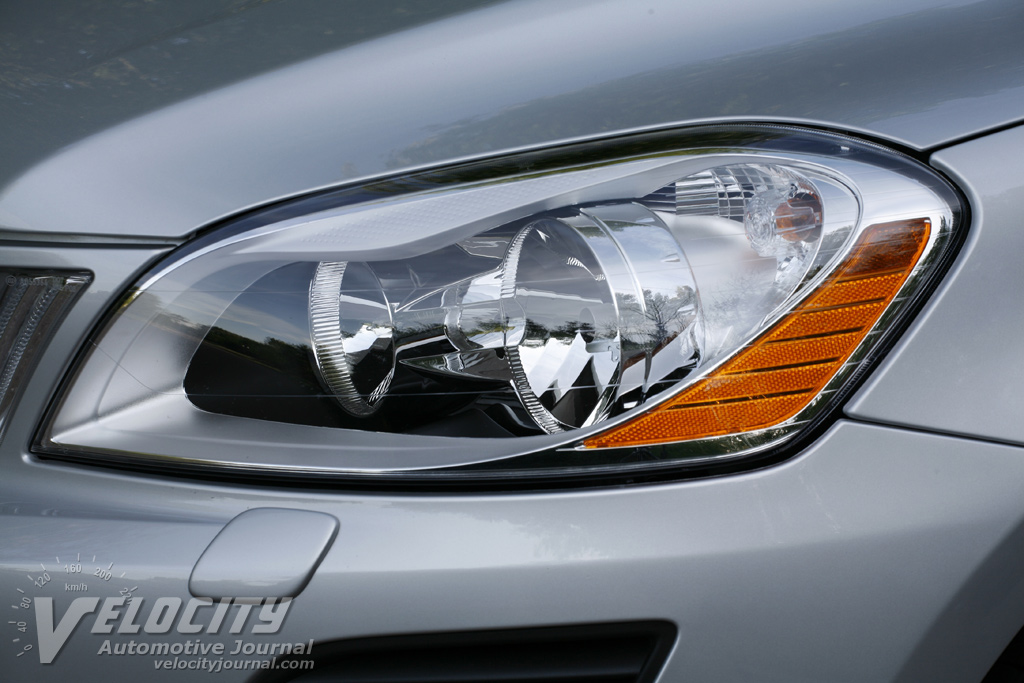 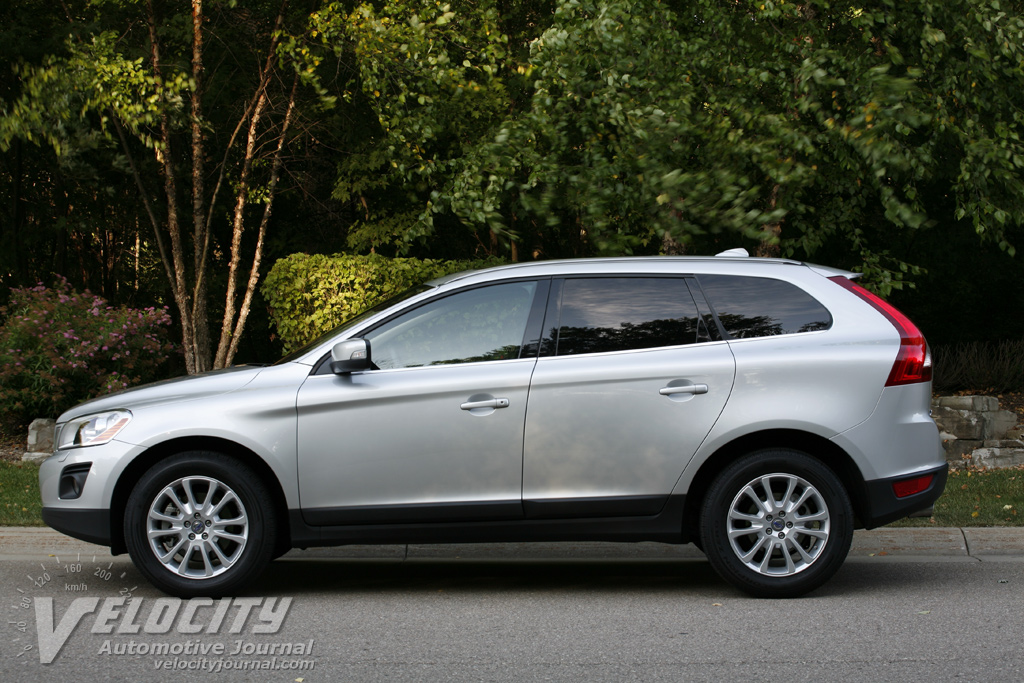 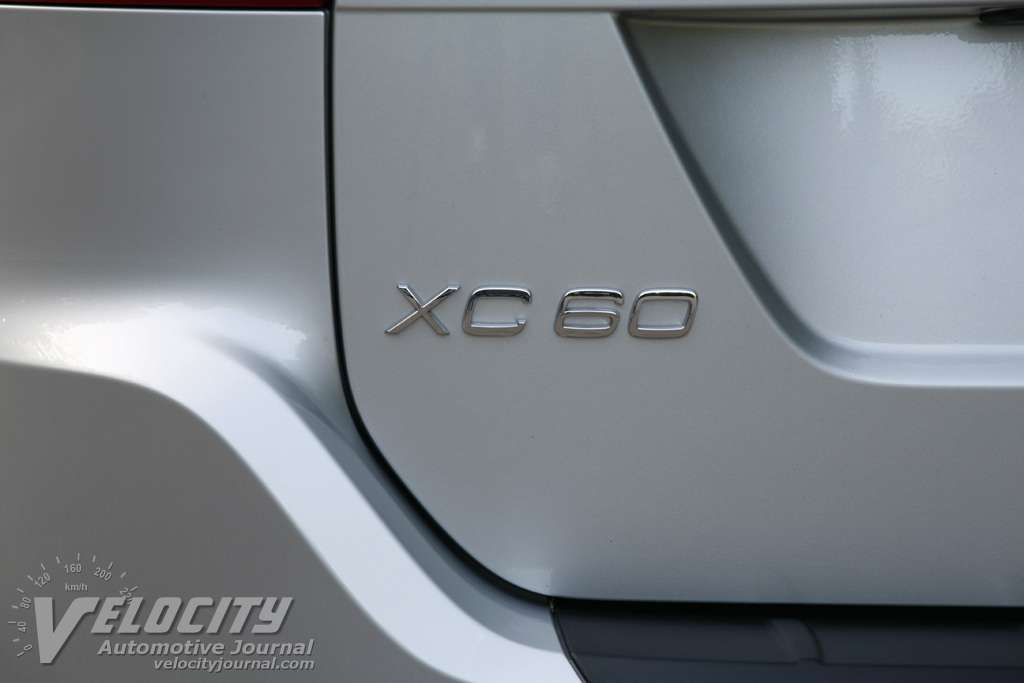 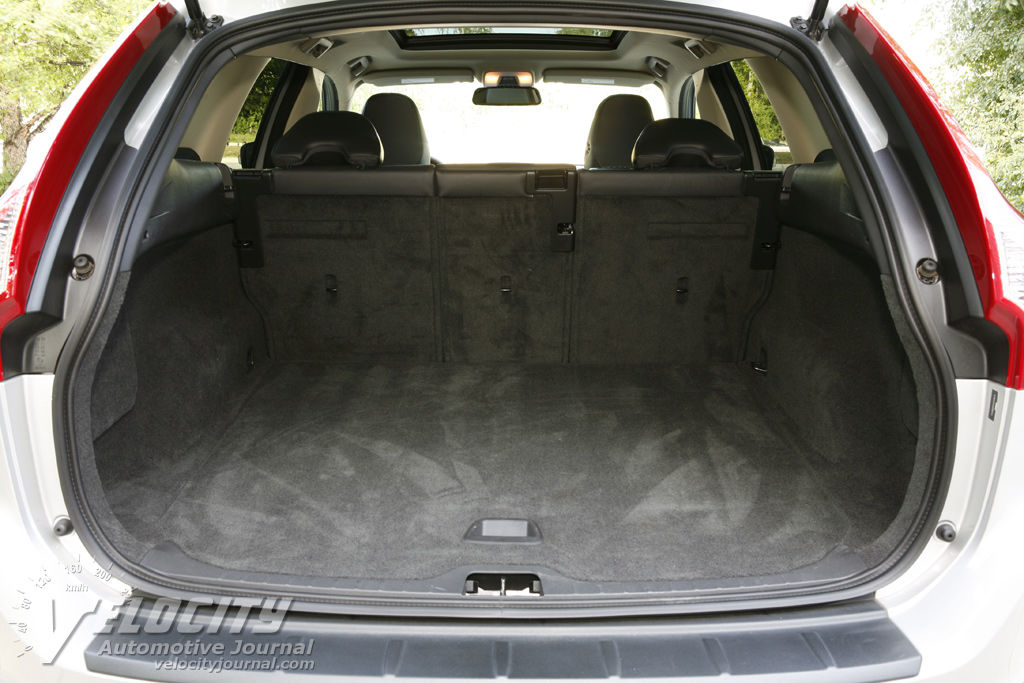 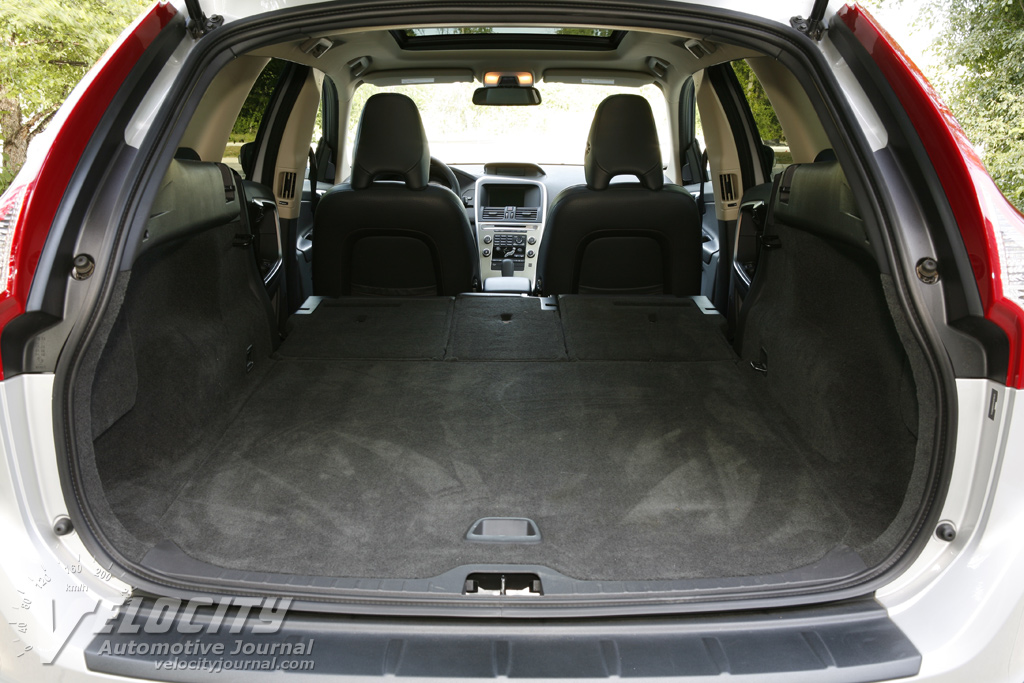 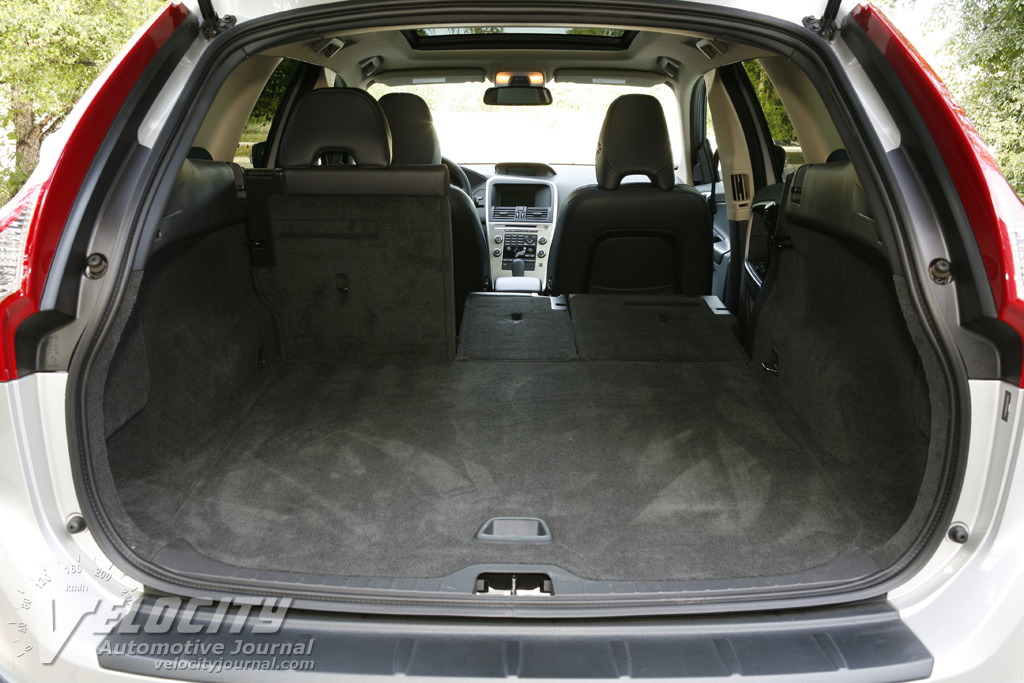 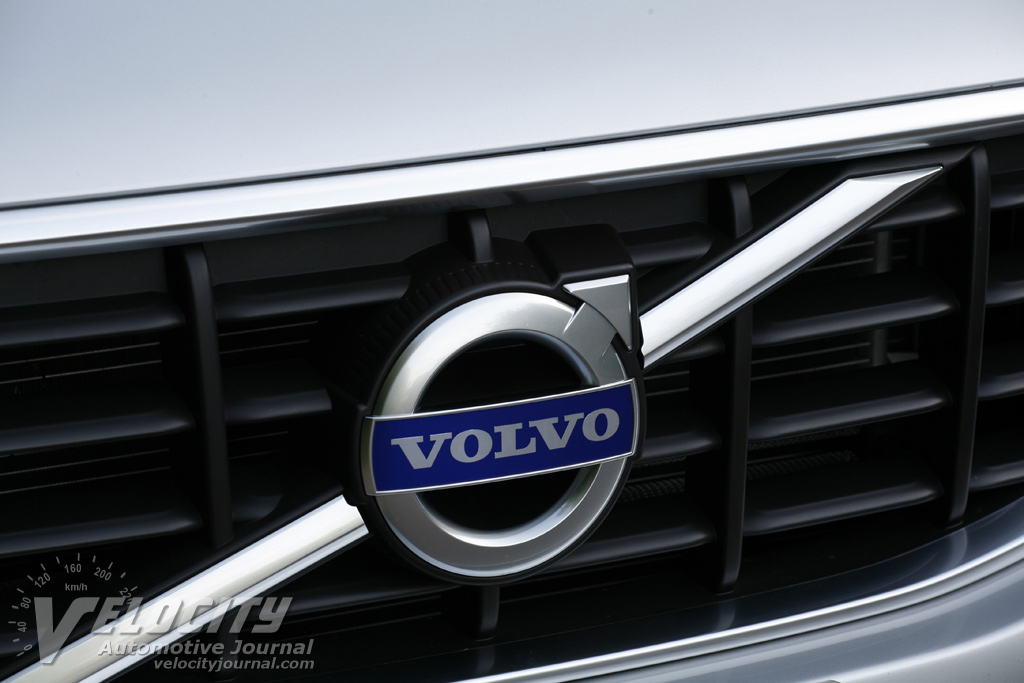 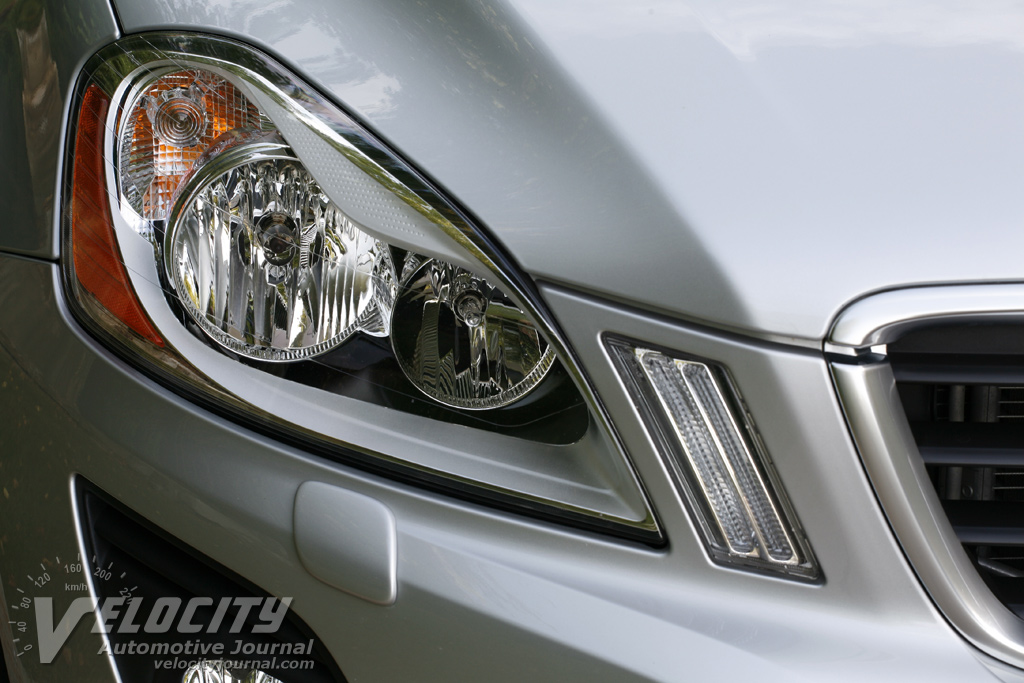 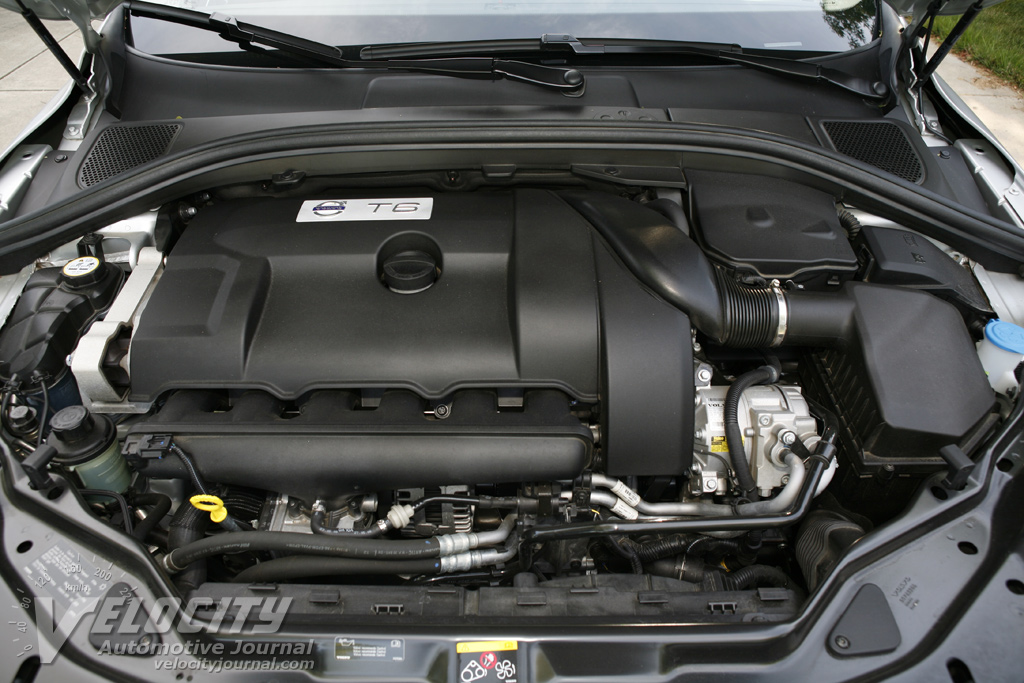 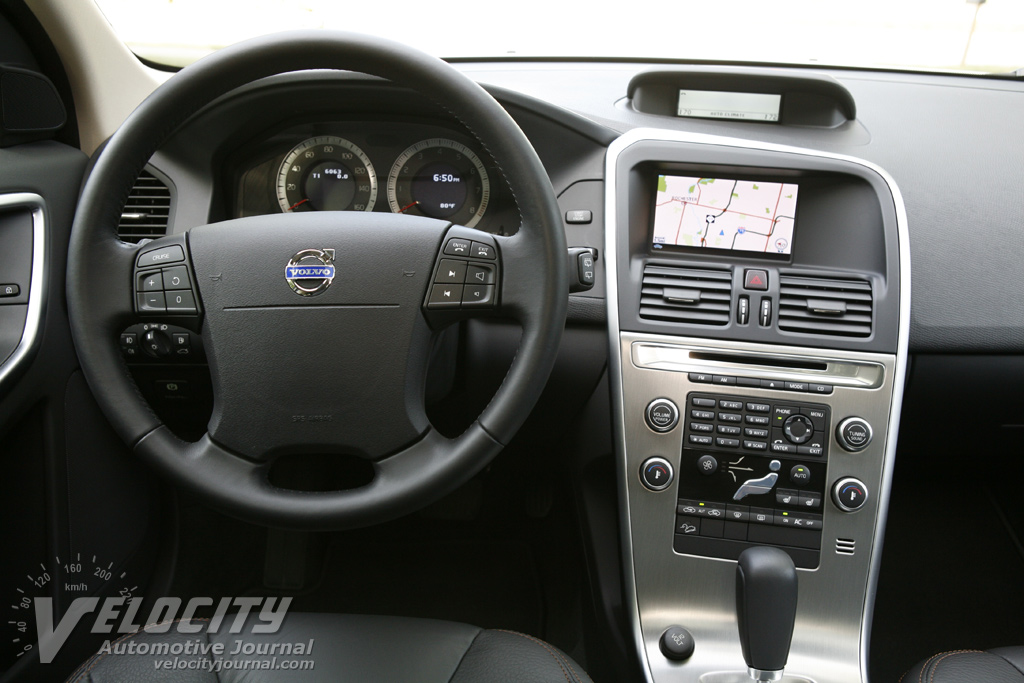 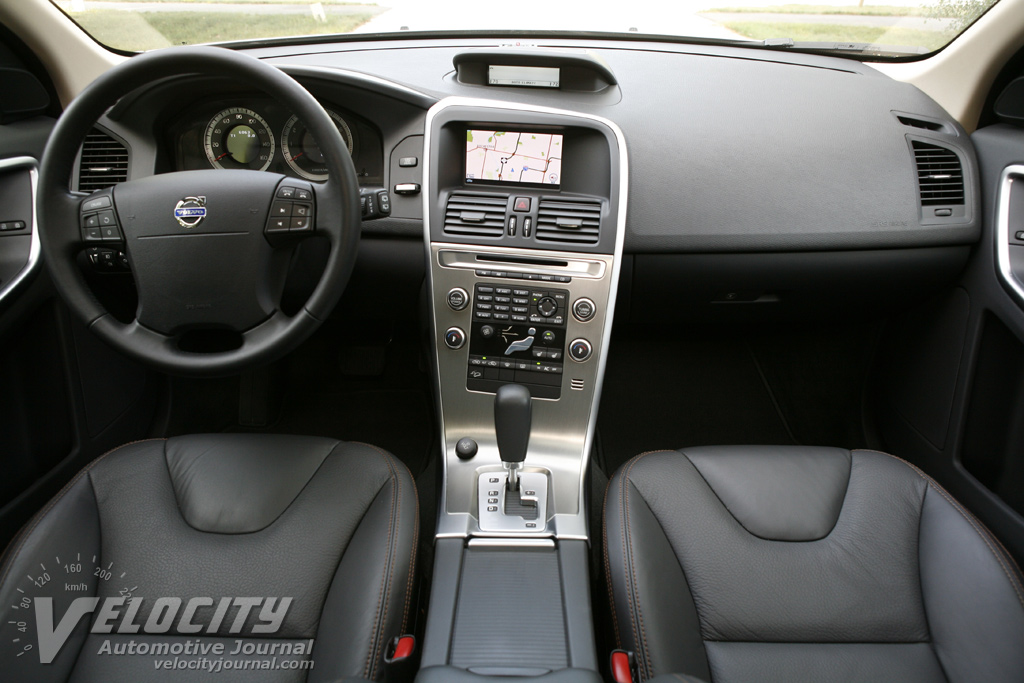 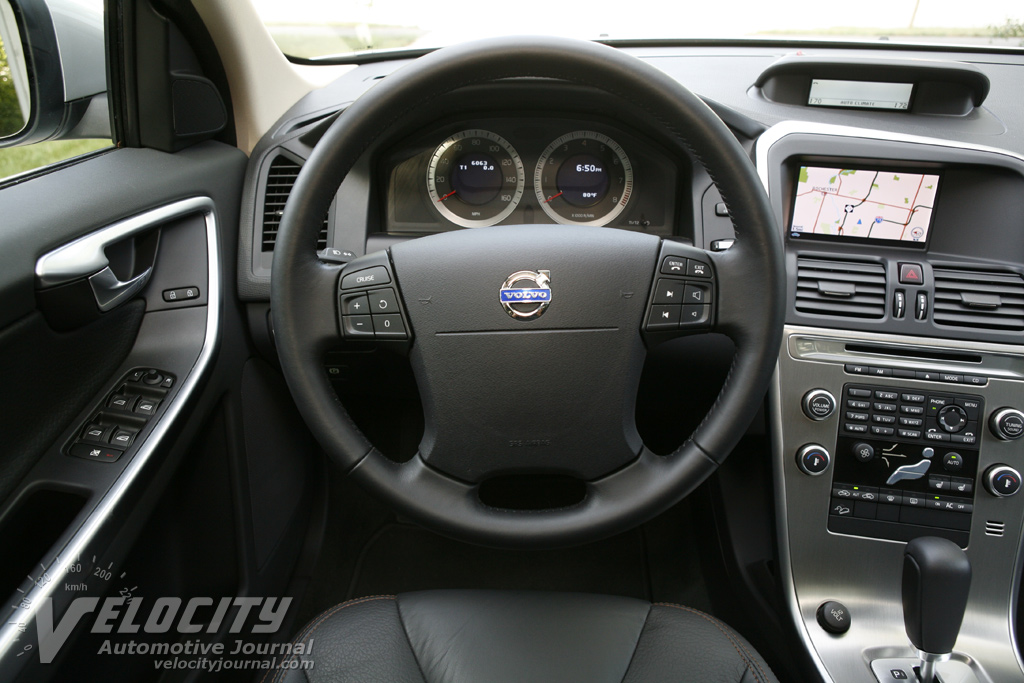 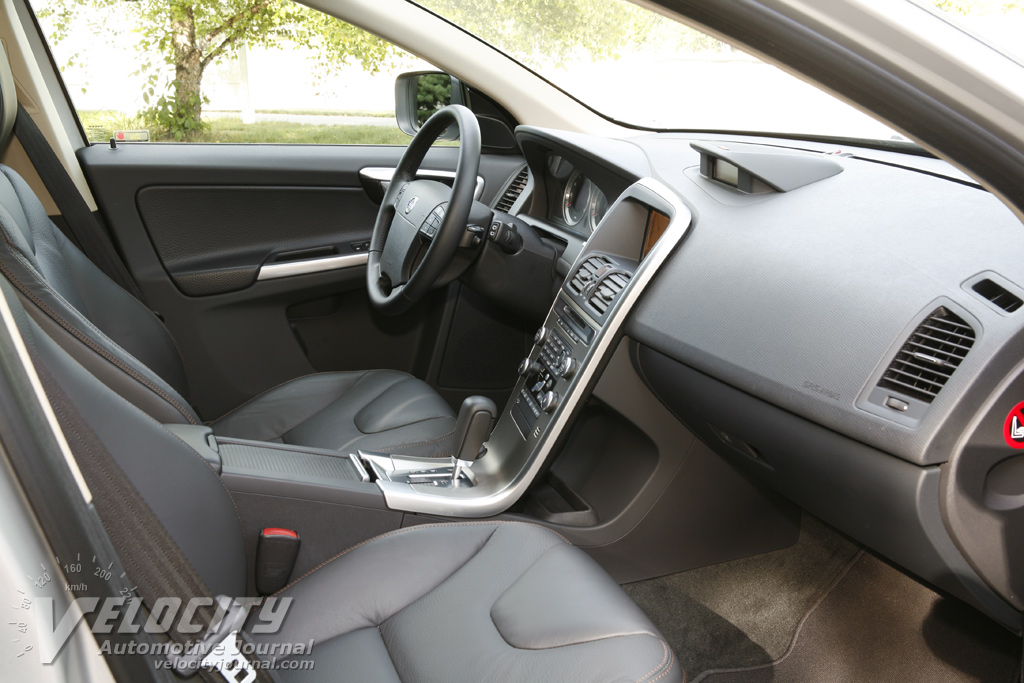 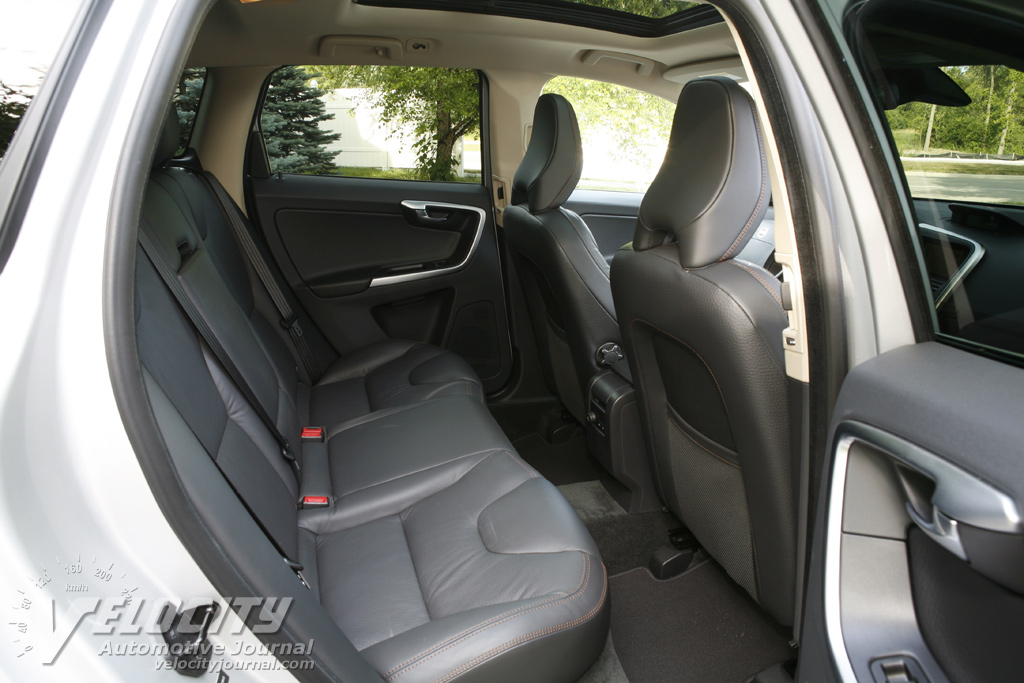 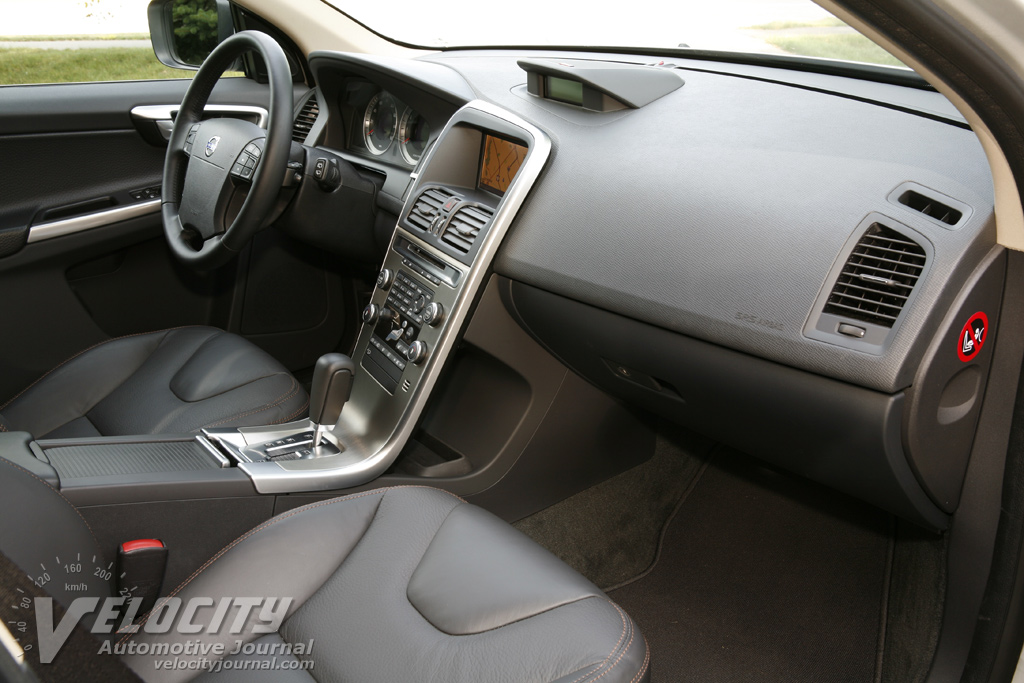 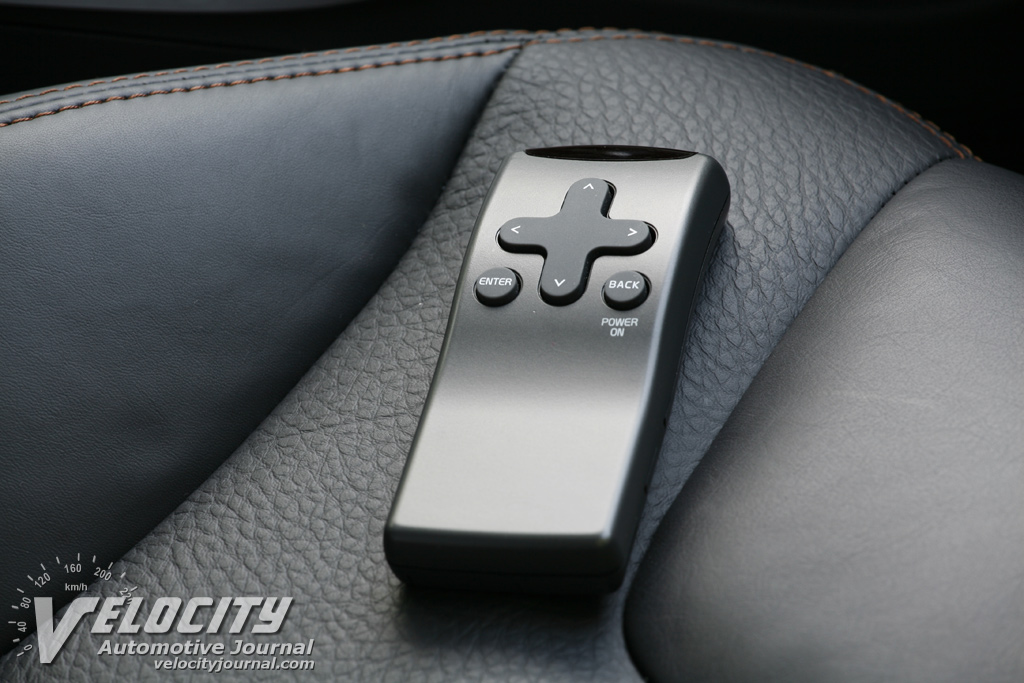 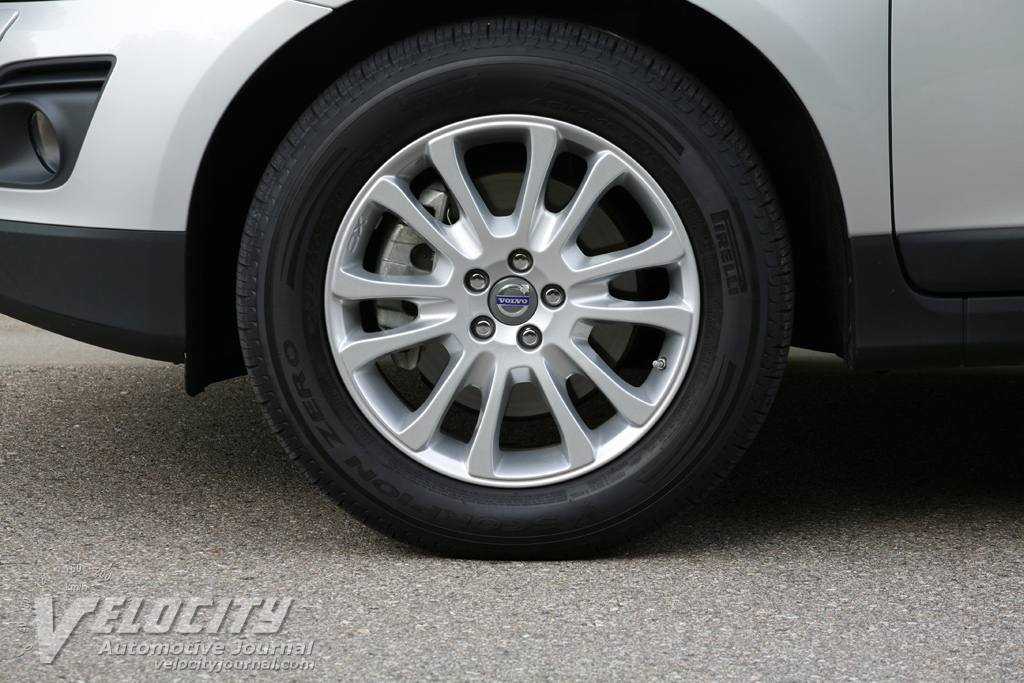